Four members of Palestinian militant group Islamic Jihad were killed in Gaza overnight by the accidental explosion of a bomb they were handling, witnesses and security sources said Tuesday.

A statement from the group said that “four martyrs” died while “performing their duty.”

It said that those killed in the “accidental” blast included Iyad Jamas al-Jadi, 42, a commander linked to missile manufacturing units.

According to witnesses and Palestinian security sources, the militants were preparing an improvised bomb which went off prematurely.

The balloons have so far caused more than 400 fires in scrub, nature reserves and farmland, according to a tally of daily reports by Israeli fire services.

In addition, it has banned Gaza fishermen from going to sea and closed its goods crossing with the territory, prompting the closure of Gaza’s sole power plant for want of fuel.

The cross-border exchanges have caused some injuries but no deaths on either side, according to the Palestinian and Israeli authorities.

Hamas in a statement called the closure of the goods crossing a “crime against humanity” and called on the international community and “decision-makers in the region” to “break their silence to bring an end” to the blockade.

The United Nations agency for Palestinian refugees, UNRWA, said the closure of the Gaza power plant would have “devastating effects” on the impoverished territory of some two million people.

“The closure of the power plant has caused the power feed to decline to two to three hours per day,” it said.

“Such poor power feed will negatively impact on the wellbeing and safety of the people of Gaza.” 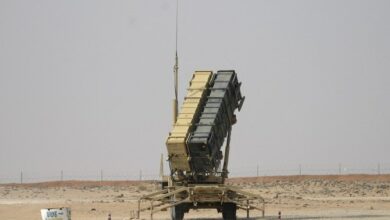