A former Afghan television presenter and two other civilians were killed in a bomb explosion in Kabul on Saturday in the latest violence to rock the city.

Yama Siawash died when a bomb attached to his vehicle exploded near his residence in the Afghan capital, police spokesman Ferdaws Faramarz told journalists.

A witness, Mohammad Rafi, said Siawash’s father and brother were the first to reach the vehicle that was engulfed in flames.

Siawash, who recently joined Afghanistan’s central bank as an adviser, used to be a prominent political and current affairs presenter with Tolo News, the country’s biggest private TV channel.

No group has claimed responsibility for the attack, but many prominent figures – including journalists, religious leaders, politicians and rights activists – have been killed in targeted attacks in Kabul and other cities amid growing violence in the country. 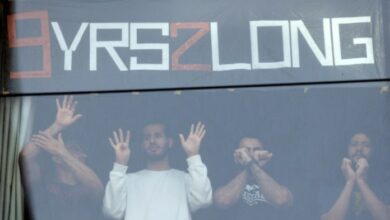 Thousands rally in US in support of Palestinians