The formation of Sudan’s transitional parliament, a key element of a power-sharing deal between the military and protesters after the ouster of president Omar al-Bashir, has been pushed back to December.

In a statement late last week, the FFC said efforts to ensure “national consensus” were still underway to establish the legislature.

Its formation had been due within 90 days of a power-sharing deal signed on August 17 between the FFC and military generals who seized power following al-Bashir’s ouster in April last year.

The deal stipulated that the legislature should include no more than 300 members, 40 percent of them women, with the FFC obtaining 201 seats and the rest going to other factions.

But in November, an FFC leader suggested that the group should hold 165 seats in the transitional parliament, with 75 going to the Sudan Revolutionary Front rebel alliance and the rest to other groups.

“In order to take into consideration the views of the Sudan Revolutionary Front and to engage in a broad dialogue on the distribution of seats with (all) factions, it has been decided to push back the formation of the assembly until December 31,” the FFC said in its statement last week.

The SPA is insisting that “all revolutionary forces be represented” in the new parliament, which will be tasked to legislate until new general elections are held in 2022. 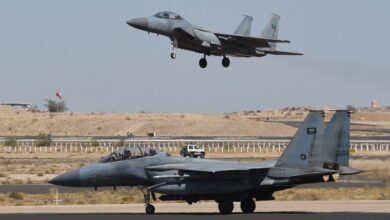