The gangs behind the scheme have been promoting the “super price and super-fast service” on social media platforms, including on TikTok and Telegram, using pictures of Britain’s Queen Elizabeth II and Buckingham Palace, racking up tens of thousands of views.

In these advertisements, they claimed that these forged passports included “high quality” biometric chips which are needed to pass UK border controls as well as holograms, watermarks, and fluorescent security features which are only visible under ultraviolet light when checked via airport scanners.

One of the gangs involved in the scheme reportedly told a UK-based undercover Daily Mail reporter that a counterfeit British passport was being sold for $4,210 (£3,500) and a European Union passport was worth $2,406 (£2,000).

One of the passport gangs advertises through TikTok videos with a message in Albanian which reads: “Anyone interested in European passports suitable for crossing to England get in contact.”

The cousin of an Albanian forger told the Daily Mail reporter that he used a fake passport to travel to Birmingham three months ago. In a recorded video, the man said: “As I say, brother, me too, [I] had the same passport and now I’m in the UK. And I had an Italian passport, brother, and it’s no problem. I came here and everything alright bro.”

He then showed him his original passport and indicated where the chip would normally be placed and explained that the chip contains information including one’s name, height, nationality, and date of birth – all the information that would normally show up during border control checks at airports.

He then sent videos of his cousin, the Albanian forger who goes by the name of Nic, showing how the forged passports were made.

Another forger advertising the counterfeit passports in a group on Telegram reportedly posted videos of a woman’s forged British passport being made and scanned, with a caption that reads: “English passport with super high quality chips and data that shows up in the system.”

The gang also told the undercover reporter that fake Slovenian passports were popular.

The Daily Mail found that the main operation is based in Albania where the groups make and sell the counterfeit passports to clients all over the world.

The gang also advertises counterfeit British visas and driving licenses, and claims that it can make marriage, birth, and COVID-19 vaccination certificates.

“This is shocking confirmation of the sophistication with which criminals are now plying their forgery trade. The idea that someone can buy a counterfeit British passport for £3,500 points to the gaping and widening holes in UK border security. Unless the Government gets serious about delivering tougher law enforcement and about controlling the border, this threat has the potential to grow, with a worsening safety risk for UK families,” Executive Director of Migration Watch UK Dr. Ben Greening told the Mail.

The fake passports can go undetected at immigration check points because it is believed they are not automatically checked against a database of legitimate passports.

“The production of fake passports is a crime and those who attempt to cheat the system will face the full consequences of the law. We are aware criminals use social media to sell fraudulent items and we expect companies to crack down and remove them,” a spokesman from the UK’s Passport Office told the Mail.

TikTok has since permanently banned and removed the sites after being alerted by the Daily Mail. 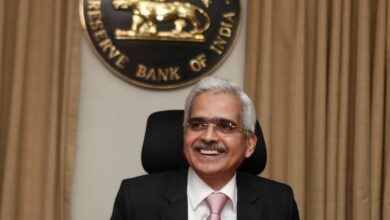 Actual oil output cut will be bigger than 15 mpbd due to 2018 baseline: Saudi source