They’ve seen the uber-rich grow richer while a pandemic threw tens of millions of people out of work and left many more isolated and vulnerable at home.

Nearly a decade after the Occupy protest movement left Wall Street more or less unscathed, the citadel of financial might faces a new assault.

Day traders, mobilized on a Reddit chatroom, have poured about all the money they can find into the stocks of a struggling video game retailer called GameStop and a few other beaten-down companies. Their buying has swollen those companies’ share prices beyond anyone’s imagination — and, not coincidentally, inflicted huge losses on the hedge funds of the super-rich, who had placed bets that the stocks would drop.

Their strategy, of course, is freighted with risk. The prices of the stocks they’ve bought are now multiples above any level justified by revenue, earnings or future prospects. The danger is that at any time, the stocks could collapse.

Maybe so. But as one Reddit user wrote Friday, asserting that hedge fund financiers would drink Champagne as they looked down upon Occupy Wall Street protesters in 2011:

“I’d rather lose it all than give them what they need to destroy me … I’ll burn it all down just to spite them.’’ 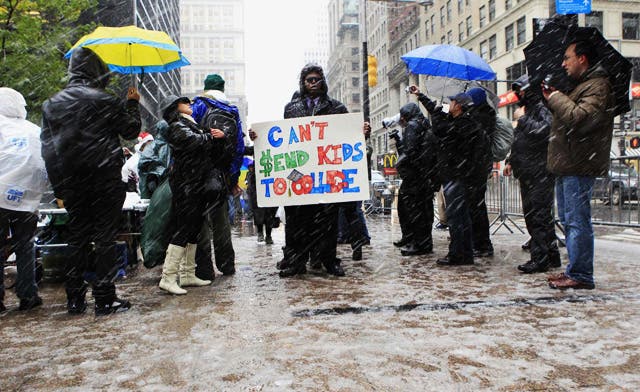 A member of the Occupy Wall Street movement demonstrates in Zuccotti Park during the first snow fall of winter in New York. (Reuters)

Their rage and hell-bent drive to pick on powerful Wall Street financiers have sent shivers through ordinary investors and heightened fears about the fragility of the markets in general after a prolonged period of stock gains fueled by ultra-low interest rates. Those fears just caused the S&P 500 index to suffer its worst week of losses since October.

GameStop shares? They rocketed nearly 70 percent on Friday. Over the past three weeks, they’ve delivered a stupefying 1,600 percent gain.

“They figured out how to play the way Wall Street has been playing for a long time,’’ said Robert Thompson, who has long tracked cultural trends as director of Syracuse University’s Bleier Center for Television and Popular Culture. “I’m amazed it didn’t happen earlier.’’

Feeding the frenzy have been young traders like 27-year-old Zach Weir, who this week bought five shares of GameStop.

“I’m a college student, so that’s basically a month’s rent for me,” said Weir, who is pursuing a master’s degree in marketing.

He did it, he said, because he believes in the cause: Protecting a cherished game store, where he would hang out as a teenager on Friday nights, from financial tycoons who want the company to fail.

And if he loses his investment? 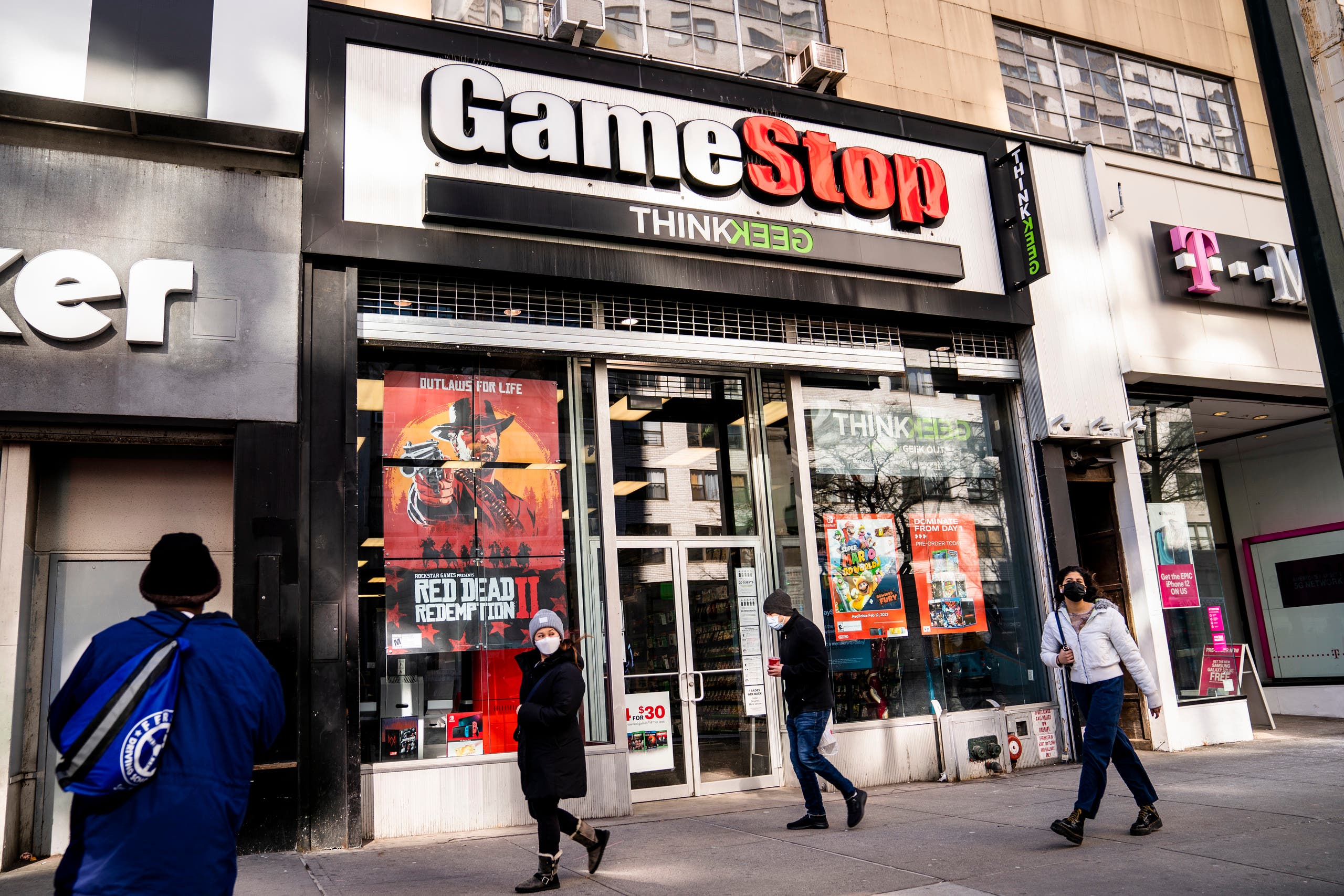 Frustration and rage over widening financial inequities in the American economy have been mounting for years. The richest 1 percent of Americans collected about 19 percent of pre-tax income in 2019, up from less than 11 percent four decades earlier, according to the World Inequality Database, run by Emmanuel Saez and Gabriel Zucman, economists at the University of California, Berkeley, along with other researchers.

New York University economist Edward Wolff has found that the richest 10 percent of Americans own roughly 85 percent of stock wealth, a share that has grown steadily over time.

The financial crisis that ignited the Great Recession of 2007-2009 intensified resentment toward the bankers who had financed the dodgy loans behind the catastrophe and had ignored the obvious risks, only to receive bailouts from taxpayers and largely escape accountability. Rising outrage fueled the Occupy movement, in which protesters took over New York’s Zuccotti Park and other public spaces and demanded far-reaching financial reforms that mainly didn’t happen.

The coronavirus inflicted further pain, flattening the economy and causing more than 20 million Americans to lose jobs. This week, a report from the anti-poverty group Oxfam found that the world’s 10 richest men have swollen their collective wealth by $500 billion since the pandemic erupted in March. In the meantime, nearly 10 million people who lost jobs to the pandemic remain unemployed.

The stock market, the chosen target of the Reddit day traders, has long stood as America’s premier symbol of entrenched wealth. But technology, including forums like Reddit, has made it ever easier, faster and simpler for the aggrieved to mobilize, swap information and collectively plot strategy. And e-trading apps, notably Robinhood, allow amateur traders to buy commission-free stocks with one click.

They spotted a vulnerability in the market: The so-called short squeeze. 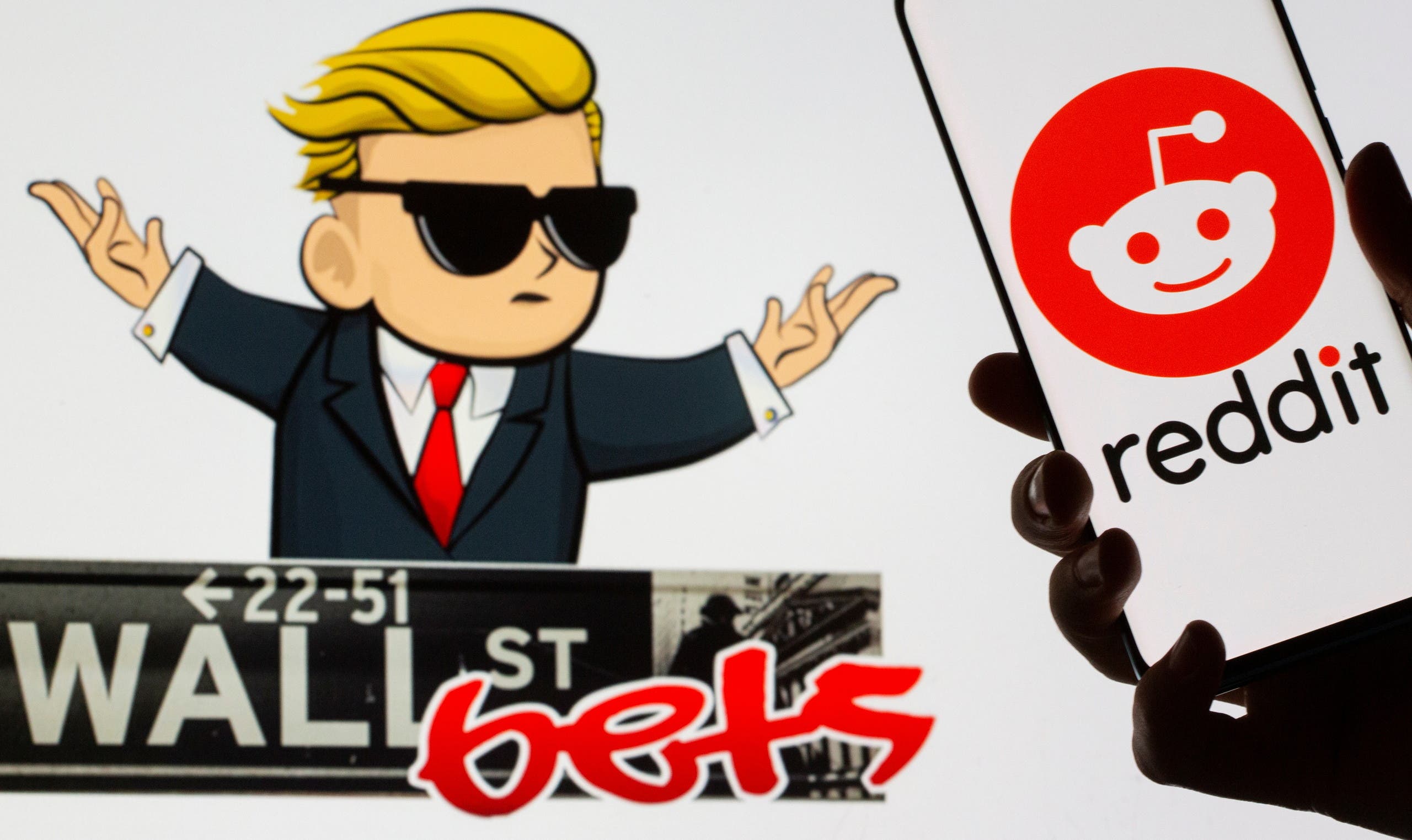 The Reddit logo is seen on a smartphone in front of a displayed Wall Street Bets logo in this illustration taken January 28, 2021. (Reuters)

When hedge funds and other investors want to bet that a stock price will fall, they arrange a short sale: They borrow shares of, say, GameStop. Then they sell those borrowed shares, planning to buy back the stock later at a lower price and pocket the gain.

But shorting can backfire disastrously if the stock surges instead of falling. Then the short sellers can be forced to bail out of their bets by buying the target stock. Their buying, in turn, can send the stock price ever higher and makes things even worse for the short sellers in an intensifying feedback loop.

GameStop, its future imperiled by e-commerce and a pandemic that has kept customers away, is among the most heavily shorted stocks. Some of the Reddit rebels are gamers who want to protect the retailer from the predations of Wall Street. Or just deliver a righteous blow to hedge funds and financiers who have lived large as others have suffered hardships.

Not all the day traders are inflamed by anger. They just see an opportunity to make money and pay bills.

Yet Goldstein worries that the revolt will ultimately fail.

For one thing, some of the Wall Street firms that are targets of the Redditers actually profit from the very volatility that the Redditers’ assault has whipped up.

And the most sophisticated professional traders are no doubt calculating how to capitalize on the chaos. Normally, they have to work hard and invest heavily to determine what their competitors are doing and to profit from that information. By contrast, the Reddit day traders are announcing their intentions, brazenly and publicly. 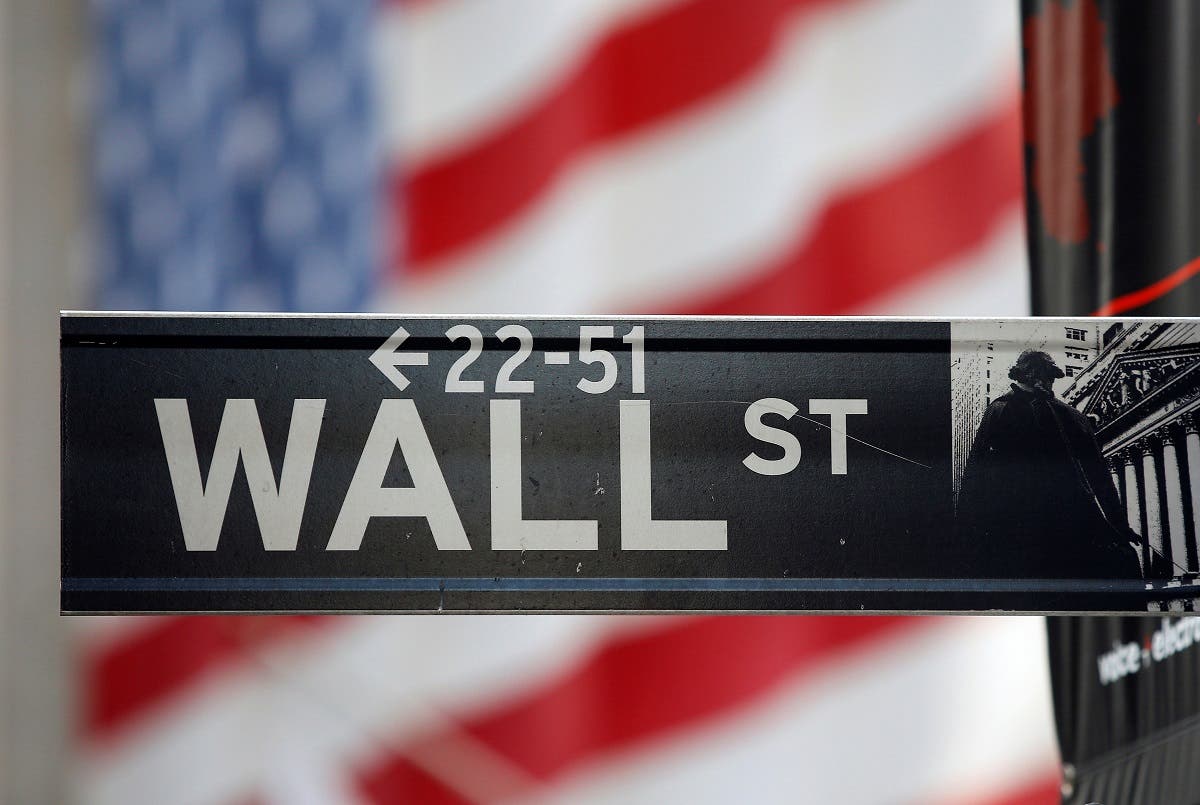 A sign for Wall Street is seen with an American flag in the background across from the New York Stock Exchange. (File Photo: Reuters)

“I suspect it’s not Robinhood investors and Redditers who are making money,’’ Goldstein said.

She would like to see a different slate of reforms — reforms to rein in Wall Street’s excesses while helping those who’ve been left behind.

“Hopefully, we can ask fundamental questions about whether we want our markets to be speculation-driven or do we want them to create innovation and jobs,” she said. “Stop hustling so hard for a buck and instead rebuild the social safety net.’’

Tom Osran, a 59-year-old Chicago lawyer, has been reading the WallStreetBets forum on Reddit for years. But it was only last week that he decided to act for the first time, buying into GameStop. His investment, he said, is up 1,000 percent from last week, though he declined to reveal the dollar amount.

Osran said he figures that its astronomical stock rise can save GameStop from hedge funds that are betting that a company with 40,000 employees will fail.

“It’s fun being part of a movement,” Osran said.

He knows he could lose everything he put into GameStop shares. Yet he’s philosophical.

“We’re all adults, we all know stocks can go up and down,” Osran said. “It’s been insanely lucrative so far, but it could be all gone tomorrow.”