An American pastor has been arrested a day after holding a crowded Sunday service despite a local “safer-at-home” order to battle the covid-19 pandemic.

The Florida pastor was arrested Monday over defying instructions from Hillsborough County.

“We received an anonymous tip that Dr. Rodney Howard-Browne refused a request to temporarily stop holding large gatherings at his church,” said Hillsborough County Sheriff Chad Chronister. “Instead, he was encouraging his large congregation to meet at his church.”

Unlawful assembly is among charges filed against the pastor by the sheriff as well as Hillsborough State Attorney Andrew Warren.

The church had previously announced on Facebook that it would keep the doors open.

“In a time of national crisis, we expect certain institutions to be open and certain people to be on duty. We expect hospitals to have their doors open 24/7 to receive and treat patients. We expect our police and firefighters to be ready and available to rescue and to help and to keep the peace. The Church is another one of those essential services. It is a place where people turn for help and for comfort in a climate of fear and uncertainty,” read the church statement. “Therefore, we feel that it would be wrong for us to close our doors on them, at this time, or any time. In a time of crisis, people are fearful and in need of comfort and community, more than ever before.”

The United States has been grappling with the fast growing pandemic amid criticism directed towards the Trump administration over its poor response.

As the number of cases grows across the states, the country is, in part, facing a shortage of medical supplies.

The Pentagon has vowed to deliver 1,400 ventilators by early May after signing a $84.4 million deal over the weekend.

“This will be a time-phased delivery over the next several months and we expect orders to begin shipment within the next few days,” Pentagon spokesman Lt. Col. Mike Andrews said in a statement. “Delivery locations will be determined by FEMA.” 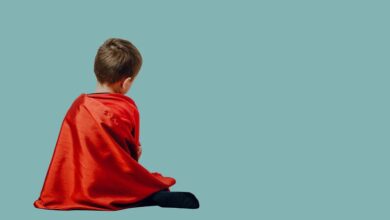 Getting to The Nuts, Bolts of Hagia Sophia