The deadly coronavirus pandemic has had a drastic effect on everyday life across the world as healthcare systems come under stress, workers stay at home, and the economy slows down.

From borders closing to businesses shuttering amid supply shortages, the coronavirus, officially known as COVID-19, has caused disruption across the globe – and is likely to cause more. Here are five charts to help understand the pandemic’s impact so far. 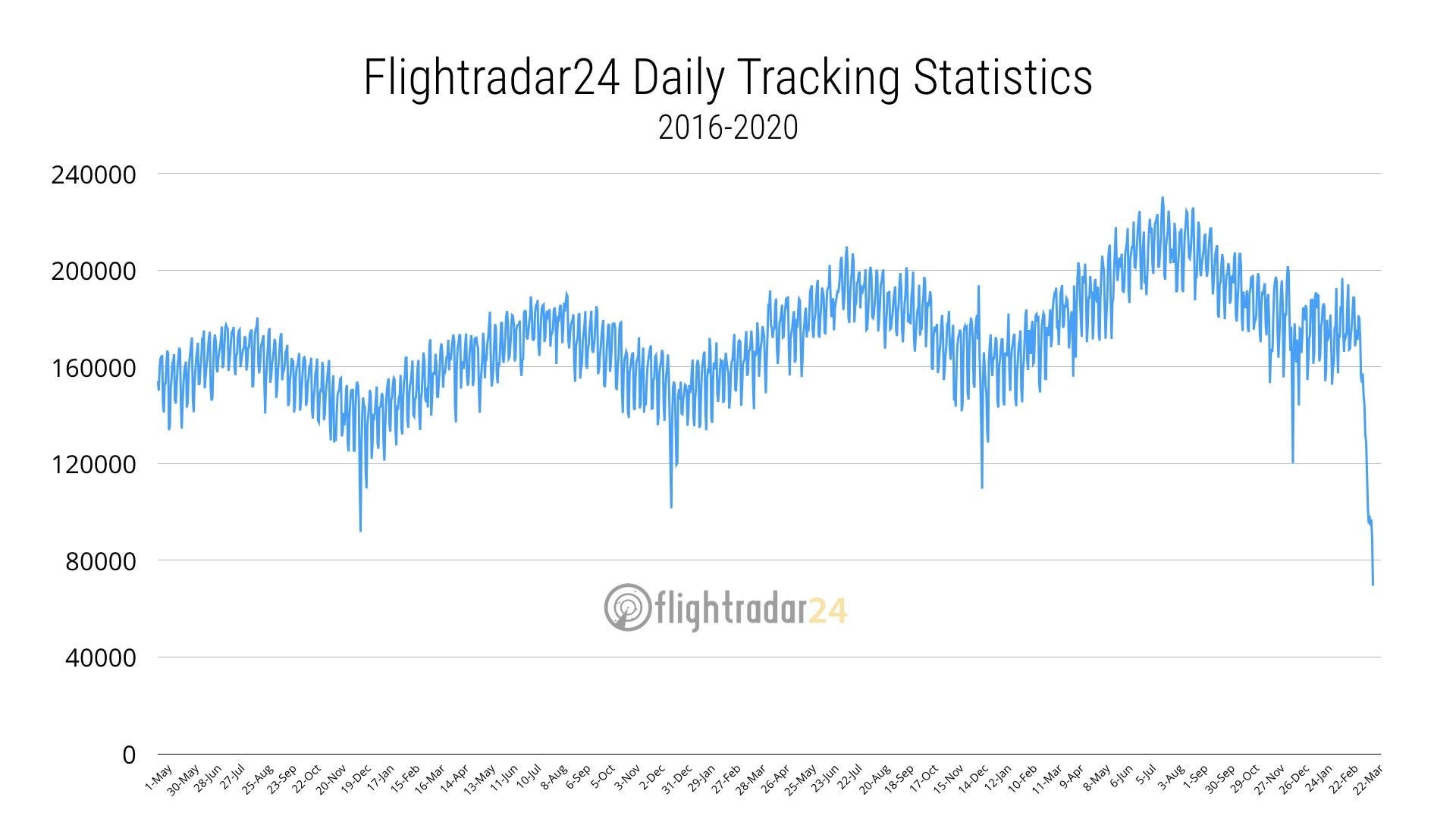 With countries closing borders and restricting travel, the number of flights around the world has plummeted. In the Middle East, countries have banned their citizens from leaving, and closed down travel.

Many airlines have grounded their fleets and effectively shut down. The cost has prompted airlines to ask for government support, with some facing a potential bankruptcy.

Credit: US Department of Labor

US unemployment claims reached a record 3.3 million last week as livelihoods were lost due to the widespread economic shutdown caused by the coronavirus. The figure was a new record for the US, and over four times higher than the previous record set in 1982. The US is expected to release its monthly jobs report on April 3, which will provide further insight into the employment situation.

Cities across the world have seen a drastic decrease in air pollution as lockdowns curb transportation. In Europe, recent satellite images showed that the average level of noxious nitrogen dioxide was down over March in cities including Brussels, Paris, Madrid, Milan and Frankfurt.

The European Public Health Alliance (EPHA) said people living in polluted cities may be more at risk from COVID-19, because prolonged exposure to bad air can weaken the immune system, making it harder to fight infection.

A similar dynamic has played out in China in February after the government implemented strong lockdown measures. 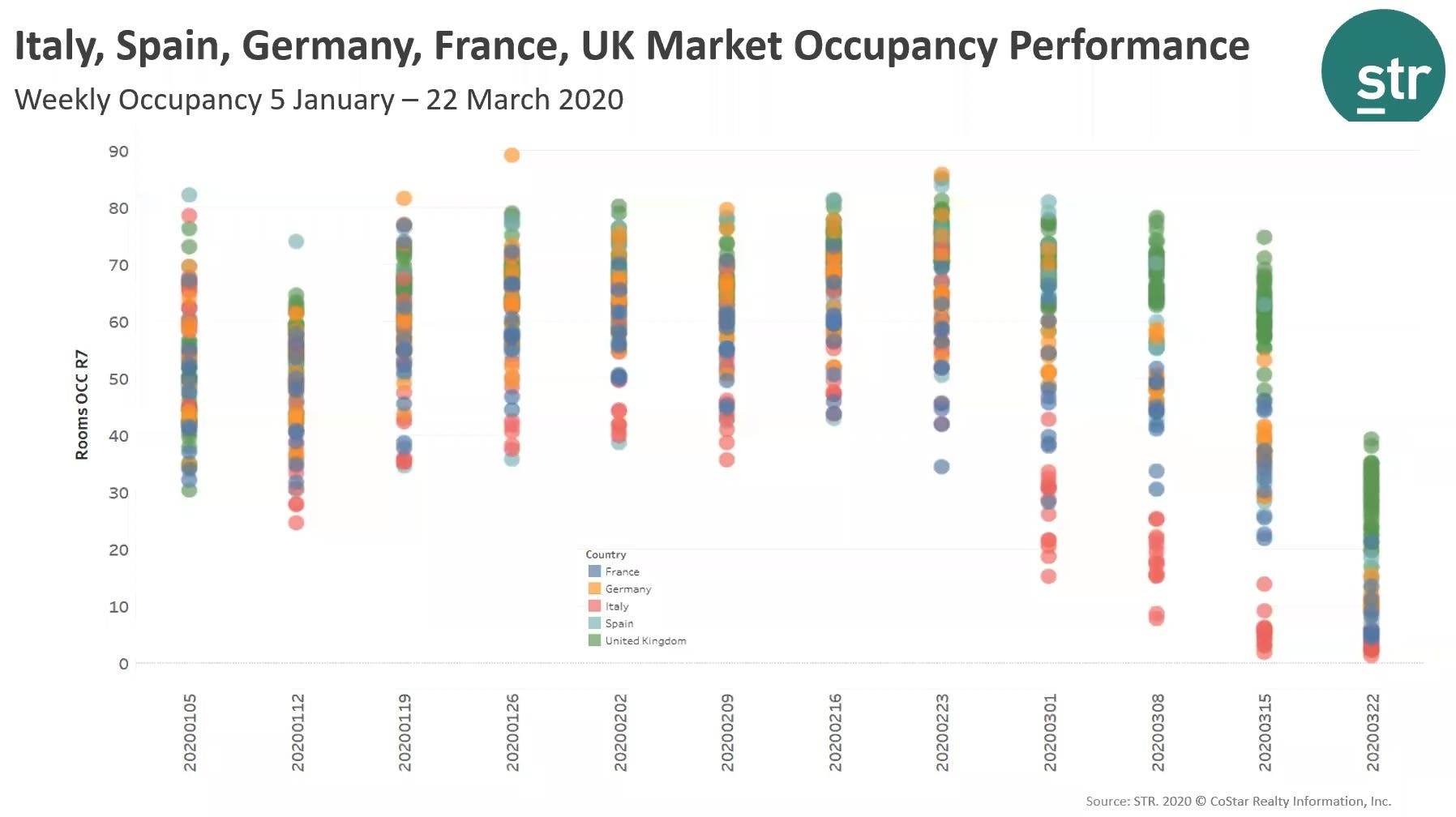 Hotels have, unsurprisingly seen plummeting occupancy rates as the virus has continued to spread. According to data from hotel intelligence company STR, since the beginning of the year, occupancy in Europe fell to record lows, and has been all but wiped out by the coronavirus. Hotels, like airlines, are among the hardest hit industry when global travel collapses. 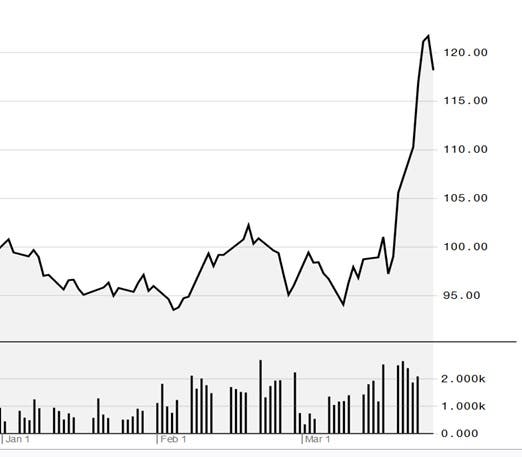 While many commodities have been experiencing a downturn as fears over demand decreases due to the coronavirus surface, orange juice has risen around 20 percent since the start of the year. Many shoppers may be turning to the juice for its purported health benefits, while supermarkets stock up to meet additional demand.

China threatens to retaliate if US boycotts Beijing Winter Olympics