A new potential vaccine against the coronavirus sweeping the world has showed promise in mice, researchers at the University of Pittsburgh School of Medicine said Thursday.

In a peer-reviewed study published in the medical journal EBioMedicine, the researchers said their new development comes from earlier vaccines they had created to fight the two other deadly coronavirus strains already known: SARS, which broke out in China in 2003, and MERS, which hit Middle Eastern countries and South Korea in 2014.

“We have been designing coronavirus vaccines since 2003,” Andrea Gambotto, an associate professor of surgery at the Pitt School of Medicine and one of the study’s two lead authors, told The Hill in an interview.

The researchers repurposed those earlier vaccines to target a specific protein that protrudes from the new version.

“For us, it was easy to switch gears from one target to the other,” Gambotto said. “We had all the pieces together.”

The study showed that when tested in mice, the vaccine produced antibodies that were specific to the current coronavirus, and in quantities that are likely sufficient to neutralize the virus.

Unlike many vaccines, the Pitt-developed version would be delivered by a fingertip-sized patch that scratches the surface of a recipient’s skin. The scientists said the immune system reacts more strongly to irritations on the skin, in hopes of triggering it to recognize the coronavirus more quickly.

The delivery method is similar to a vaccine used to eradicate smallpox, said Louis Falo, chair of the dermatology department at the Pitt School of Medicine and the University of Pittsburgh Medical Center. Falo said the team hoped to begin tests on human volunteers in short order.

“We’d like to begin testing in patients as soon as possible,” Falo said. “We would like to be in a phase one clinical trial in weeks. Not a week, maybe a month.”

The Pitt vaccine is at least the fourth potential candidate in the research pipeline so far. Johnson & Johnson said this week it had identified what it called a promising candidate, and that it would begin human trials by September. Last month, the first human trials of an experimental vaccine developed by Moderna began at the Kaiser Permanente Washington Health Research Institute in Seattle. The German research firm CureVac is developing its own vaccine.

Experts warned that no vaccine is proven to work until it has gone through the rigorous testing process – and in some historical cases, vaccines that have rushed to market have turned out to cause more harm than they solved.

It is not uncommon for multiple research teams to develop their own vaccines for the same disease. Every year, different groups try to come up with a vaccine for influenza that would cover multiple strains.

The Pitt researchers said they believe their methods make them a “front-runner,” in Gambotto’s words, in the current race to develop a vaccine against the coronavirus – but that they would be just as happy if someone else develops a viable vaccine faster.

“It’s a race because of the urgency. We have to race against the virus. If the competition makes it quicker, competition is welcome,” Gambotto said.

The One Snack Food To Eat for a Longer Life The #1 Best Fruit to Eat for a Flat Belly

Cardio before or after weight lifting: Which one is better for weight loss?

Vegan Bodybuilder Reveals All The Myths of Dieting 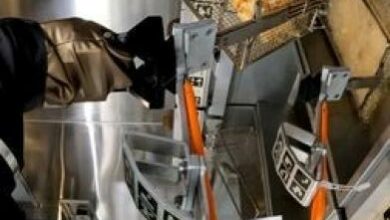