Patti LuPone has been entertaining audiences for nearly five decades, so why would she stop during a global pandemic?

Prior to Broadway’s shutdown in response to the coronavirus, LuPone was poised to have quite a spring, both on stage and off. In March, previews started on the Company revival with LuPone singing the iconic “The Ladies Who Lunch,” and on May 1, LuPone can been seen in Hollywood, a Netflix limited series created by Ryan Murphy and Ian Brennan set in the post-World War II 1940s. And then there are the video tours of her basement. Since she started adhering to stay-at-home guidelines in Connecticut, LuPone—and her basement—have become quite popular on social media, much to her surprise.

“Nobody’s got anything to do,” LuPone said with a laugh during a recent phone interview.

While she gears up for the world to meet her Hollywood character Avis Amberg, the wife of a studio executive who suddenly finds herself with some real power, LuPone has kept busy watching programs such as Babylon Berlin and Grace and Frankie, reading a new translation of Madame Bovary, cleaning, “and enjoying my family and being in the country and being safe and being healthy and being horrified at the same time. It’s just a f–king nightmare,” she said. Is she still keeping to the schedule of working out and then immediately having a drink as she famously tweeted?

Finished my workout. Time for drinking! 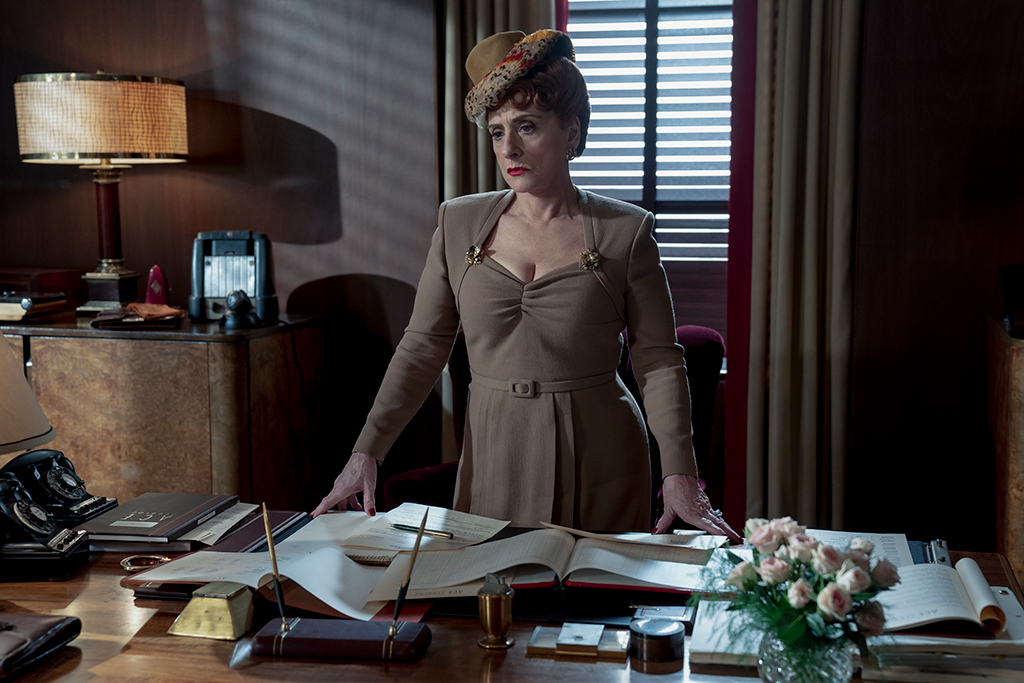 LuPone was working on Pose when Murphy first approached her about appearing in his revisionist history take on the entertainment industry as Avis Amberg. “He pitched it by saying that she was the wife of a studio head…and she only makes movies for women, gays and minorities,” she said. “What’s not to love?!”

From her clothes to the take-no-prisoner attitude in the boardroom and bedroom–Hollywood is one of just a handful of times LuPone has acted in an on-camera sex scene—the character of Avis seemed like she was designed to make gay men love her from the first moment she appeared on screen. “[Laughs.] Why thank you,” LuPone said.

“I think she’s fabulous, especially the sex scenes. Thank you very much. No, it’s just wonderful to be able to be central? You know what I mean? It’s great,” she said.

The fact that she was going to be so central to the story was news to LuPone. After watching the seven-episode series, Murphy said LuPone sent him a note that read something along the lines of, “This is the best part on film I’ve ever been given. And nobody ever thought that I could do these things, but you did and I’m so thankful.”

“It made me so emotional because Patti is such a powerhouse,” Murphy said. Giving LuPone a lot to do on screen was a specific choice by Murphy and his team, which also included Janet Mock.

“This piece also deals with women and how they are treated. It also is interested in showing the sex lives of two women over 70, Patti and Holland Taylor, and that idea of women feeling marginalized. This is a piece that says, ‘No, we’re not going to marginalize you physically, spiritually, emotionally.’ That was really an amazing thing for those women to play,” Murphy said.

“Right, because they think we’re old maids,” she said. “They think we’re all dried up old things, but we’re not! [Laughs.] Listen to me, ‘We’re not!'”

On the first day of shooting, Murphy said he informed LuPone she was the female lead in Hollywood. “And she said, ‘What? You’ve got to be kidding.’ And I said, ‘No, you are the lead.’ She got very emotional because she hasn’t really had a part like this—and she should have because she’s that good,” Murphy recalled.

LuPone said she was “thrilled” with everything she got to do as Avis. “When he pitched it to me, it was just…they already had an idea of what they were going to do with this show. And I was an afterthought. I was doing Pose at the time, and Tanase Popa, who is Ryan’s right hand guy, sent a picture of me in costume to Ryan…And that’s when Ryan asked the question, he said, ‘Ask Patti what she’s doing in September…I want to write a part for her in Hollywood.’ It was not, ‘I want to make her the leading lady.’ Not at all,” LuPone said. “So, he in fact enhanced the part, much to my gratitude—my surprise and my gratitude. And why? Because, darling! [Laughs.] I don’t know why, but I’m sure glad he did.”

THE POWER OF A WOMAN

For Murphy, the role of Avis was an important one for the series because primarily it’s been female executives who have helped him and taken chances on his projects.

“I think when you see the show, you see how good she is. And also, it was very interesting for her to play somebody who takes a risk, and in our business, so many times those people are women. I wrote that part because my whole career, I was never mentored by men. I was always mentored by women. It was the women in my life in power, who said, ‘You know, you’re kind of an oddball, but you got something and I’m gonna give you this money and we’ll see.’ They were always the people who, for the most part, supported me first,” Murphy said. 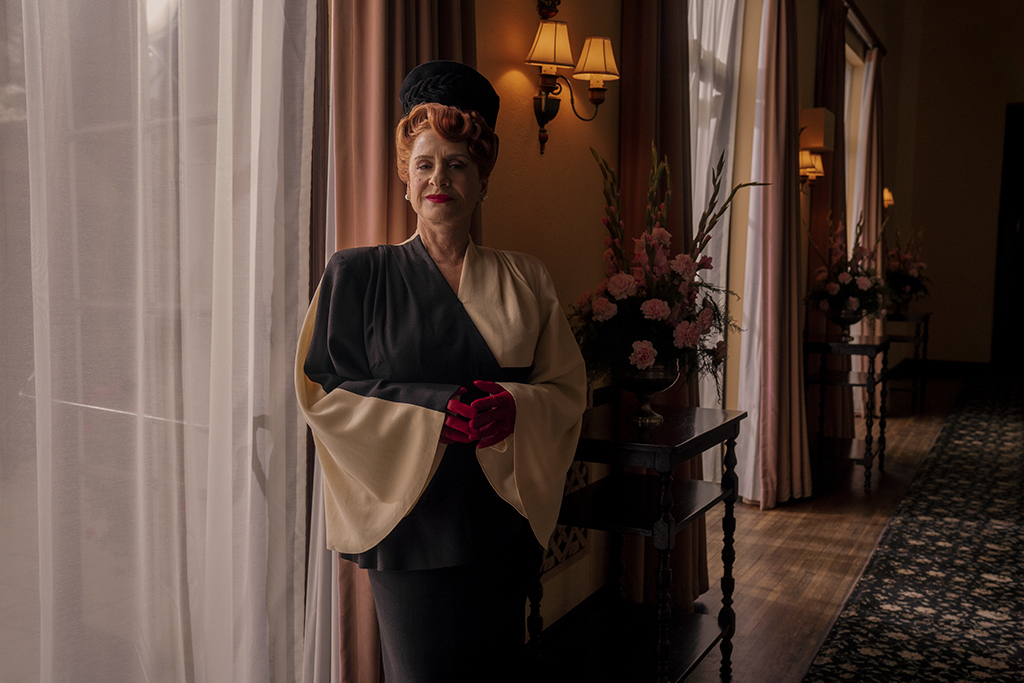 Netflix’s Hollywood imagines a world where glass ceilings are broken far earlier than reality, where an actor wouldn’t have to worry about how coming out as gay would hurt his career, it gives viewers a history lesson and then a rewrite. And it entertains.

“I just hope everybody watches it and can escape from reality for seven episodes and feel better from it,” LuPone said.

Hollywood premieres Friday, May 1 on Netflix.