The Documentary and Experimental Film Center (DEFC) plans to produce a documentary that will study the 100 year-long history of public transit by bus in Tehran.

“Transit by bus has made great changes in the public culture of the country. However, this documentary will not only view the historical course of bus transit in Tehran, but also will show the people’s behaviors towards the vehicle,” director Nima Mahdian said in a press release published by the DEFC.

“Transit by bus was one of the few modern innovations over the past century that people from all walks of life have been using, and the Tehran Bus Company was considered the largest company in West Asia with about 17,000 employees,” he said.

“I wanted to have a comic outlook in the documentary, but officials at the Central Council of DEFC asked for a documentary in its usual meaning. This is why I needed additional sources from archives and that was a difficult task since the sources were scattered among many different organizations,” he said.

“The team has been working on the project for about five months to collect more information from different organizations such as the IRIB and the National Library and Archives of Iran,” he added.

“The project had begun with several interviews, but it was halted due to the outbreak of the coronavirus in the country. We will begin the project soon and plan to attend the 14th Cinema Verite, Iran’s major international festival for documentary cinema, with the documentary,” he added.

Lebanon’s Art and Culture to be Revived Despite Political Malaise

Is Speaking as Dangerous as Coughing in Spreading The Covid Virus? 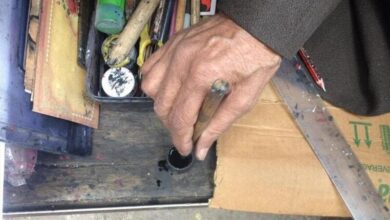 Viral: Saudi Owner Lets Cat in His Shop to Cool off From The Heat