A dozen feminist activists protested on Thursday in front of the First Instance Court of Nabeul, south of the capital Tunis, to mark the second hearing of the trial of Tunisian MP Zouheir Makhlouf, who was facing charges of sexual harassment and public indecency.

The crowd of activists, who represented the local Me Too campaign and feminist organisation Aswat Nissa, walked to the court building and wore T-shirts and badges displaying the hashtag of the movement – #EnaZeda, #MeToo – in the Tunisian dialect.

The protesters raised placards with statements like “My body is not a public space” and “We will not keep silent on sexual assaulters.” They also shouted “Raise your voices, raise your voices, Makhlouf is a harasser!” and “1-2 years have gone past…apply Law 58!” among other slogans.

“I hope they can hear us from inside the courthouse,” said Dorra, a supporter of Makhlouf’s accuser. She continued, “Nobody is immune, we have a legal text, harassers won’t escape punishment.”

“We are here to show support to the victim, to say that she’s right and her aggressor needs to be sentenced,” said Moufida, another feminist, voicing her solidarity.

“This hearing means a lot for Tunisian women,” an activist named Nader said. “It will encourage more women to come forward and speak up, and pressure the judiciary to apply the law.”

The MP who avoided prosecution

The controversial incident triggered the launch of the #EnaZeda Facebook page, which attracted an outpouring of support and currently has over 41,000 members.

In the coastal Tunisian town where he was elected, Makhlouf is now facing criminal charges in violation of Law 58 from 2017, which outlaws any form of violence against women and girls. He was initially charged only with “indecent exposure,” but due to pressure from civil society allegations of sexual harassment were subsequently added.

Law 58 presumably makes it easier to impose penalties on those found guilty of sexual harassment in public spaces. However, to date no high-profile figures have been prosecuted for alleged sexual misconduct.

The Tunisian MP, who avoided prosecution at the time due to his parliamentary immunity, lost his protection in July when Tunisian President Kais Saied lifted political immunity for MPs and froze parliament. Makhlouf was summoned to his first hearing on October 28th

The member of the now-suspended parliament, who maintains his innocence, did not appear at the hearing. Makhlouft reportedly said he had to drive his ill mother to hospital, as he was the only one in his family with a car, and had no sufficient time to prepare his lawyers. The trial was adjourned until November 11th.

Now, after two long years since the harassment scandal, the moment came for justice to decide.

The Court of First Instance of Nabeul sentenced the lawmaker to one year in prison late on Thursday evening.

Naima Chabbouh, lawyer for Makhlouf’s accuser, pointed out that the delay was mainly caused by the examining magistrate who slowed the trial process. In Chabbouh’s view, this was possibly done on purpose in order to let the matter drag on until public attention shifted away from it.

“The offense is obvious; the evidence is there. The law just needs to be implemented,” Chabbouh told TRT World on the eve of the court hearing. “We have wasted a lot of time already.”

She also said that the case on trial has an “aggravating factor,” given that the accused is a well-known figure.

“The fact that we have taken legal action against a public figure for a crime of this kind, which is far from easy, is a small victory already,” Sara Medini, a policy analyst at Aswat Nissa, said to TRT World before announcement of the verdict.

“It’s a glimmer of hope that we can give to all victims of sexual assault and harassment, empowering them to speak out against abuses they endured even if the offender is someone well-known,” she added.

The analyst underscored that, in his capacity as a member of parliament, Makhlouf used his connections within the police, ministry of justice, and judiciary, to try and get away with wrongdoing. That resulted in many “procedural flaws” obstructing the investigation. That led to a 9-month long interrogation period, which, she explained, is an exceptional length normally reserved for the most complex crimes and not for cases where clear evidence has been provided.

“We hope this is going to be the second and last hearing, then we will hear a verdict,” Medini said ahead of the court ruling. “The lawsuit is now in the hands of the judges who are supposed to apply Law 58.”

The #EnaZeda campaign has been successful at highlighting testimonies from victims of sexual abuse, harassment and violence. These individuals, often anonymous and invisible, In turn, encourage others to share their experiences.

Close to 400 cases of sexual harassment were brought to trial between 2019 and 2020, based on figures provided by the ministry of justice to Aswat Nissa. But,  unfortunately, the number of cases handled remains much lower than the number of complaints filed.

EverydayNile Project Tells Stories of People and Their Relation With Water 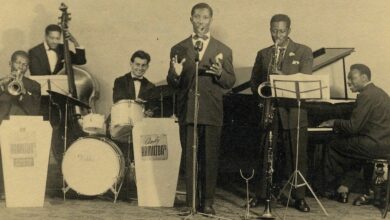 A Security Camera, a Mobile and an ‘Unusual Summer’. Look For Yourself! 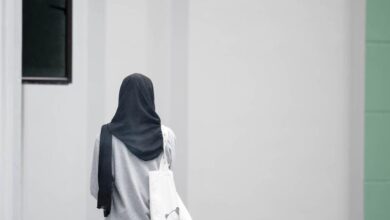