Facing eviction, Lebanese animal welfare charity Beirut for Ethical Treatment of Animals (BETA) is in a race against time to relocate, with the fate of over 1,000 animals hanging in the balance.

Due to an ongoing legal dispute with the landowner of their current facility, the NGO is working feverishly to fully fund their new center and complete their move, all while fighting through a deepening national financial crisis, political turmoil, a global pandemic and the aftermath of the August 4 blast at the Beirut port.

“When I started with BETA, we had only 85 dogs,” Vice-President Helena Husseini told Al Arabiya English. “Now we have almost 900 dogs, 255 cats, three horses, one donkey, two monkeys and some tortoises.”

Husseini said they’ve received some funding, but they still need more if they are going to complete their move on time.

When Lebanon’s 2006 July War with Israel forced them to leave their previous location in Hazmiyeh, close to the embattled southern suburbs of Beirut, BETA was offered a former pig farm, which now houses their current base of operations. The owner originally allowed them to set up and operate their facilities free of charge but, in 2017, he gave them just months to vacate the premises. 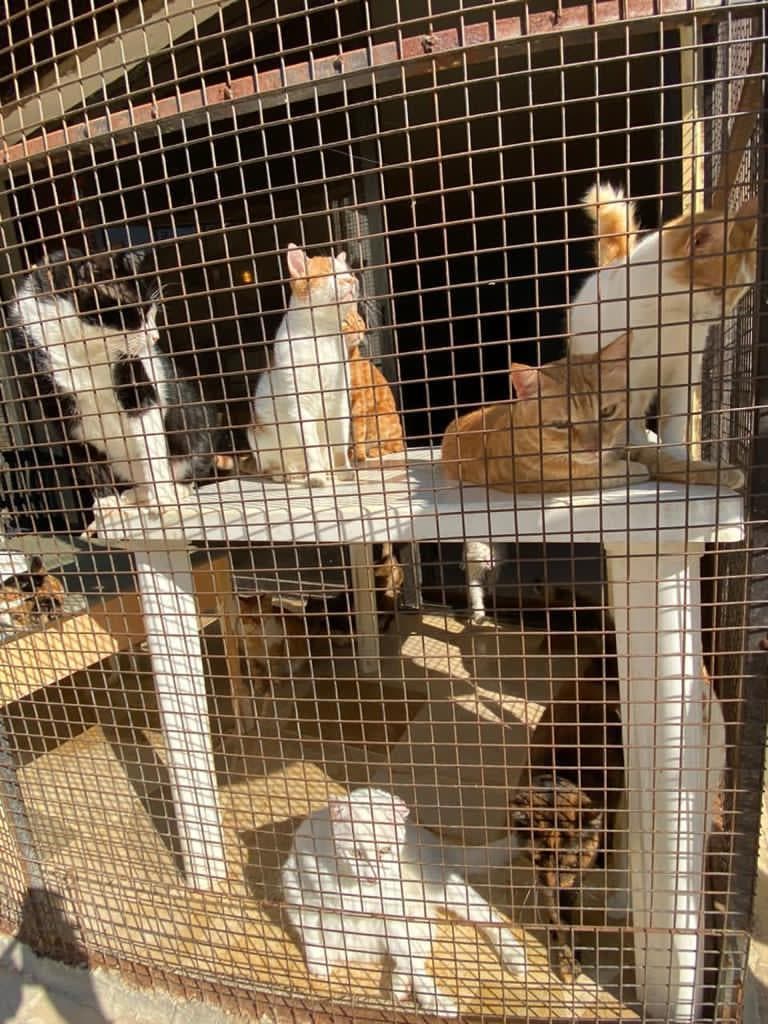 Rescue cats are shown at Beirut-based BETA in Lebanon. (Supplied)

Although BETA managed to initially delay their eviction, the owner sued them, bringing the dispute to court. They were due to appeal in October, but the ongoing pandemic has forced the courts to close, leaving them trapped in legal limbo.

“He wants to take back the land because he wants to sell it,” explained Husseini. “I told him it’s impossible to move that number of dogs, and I told him we have got the new land and a contract, and we’re working on a permit, but he didn’t want to wait, so we got served and he is suing us to leave. Since then, we’ve been working to move.”

The owner, who wishes to remain anonymous, has so far declined to comment.

The new facility, still under construction near Baabda near Beirut, is intended to be not only a shelter, but also an education center that will receive groups of students from schools across the country in order to teach younger generations about animal welfare.

Originally formed by a group of citizens feeding and fostering stray cats and dogs in the area, BETA was officially registered as an NGO in 2006.

Today, they have become one of the most active shelters in the country, rescuing animals from life threatening situations in difficult – and often dangerous – circumstances, while also reducing the burgeoning stray population through their pioneering TNR (Trap, Neuter and Release) program, the first of its kind in Lebanon. 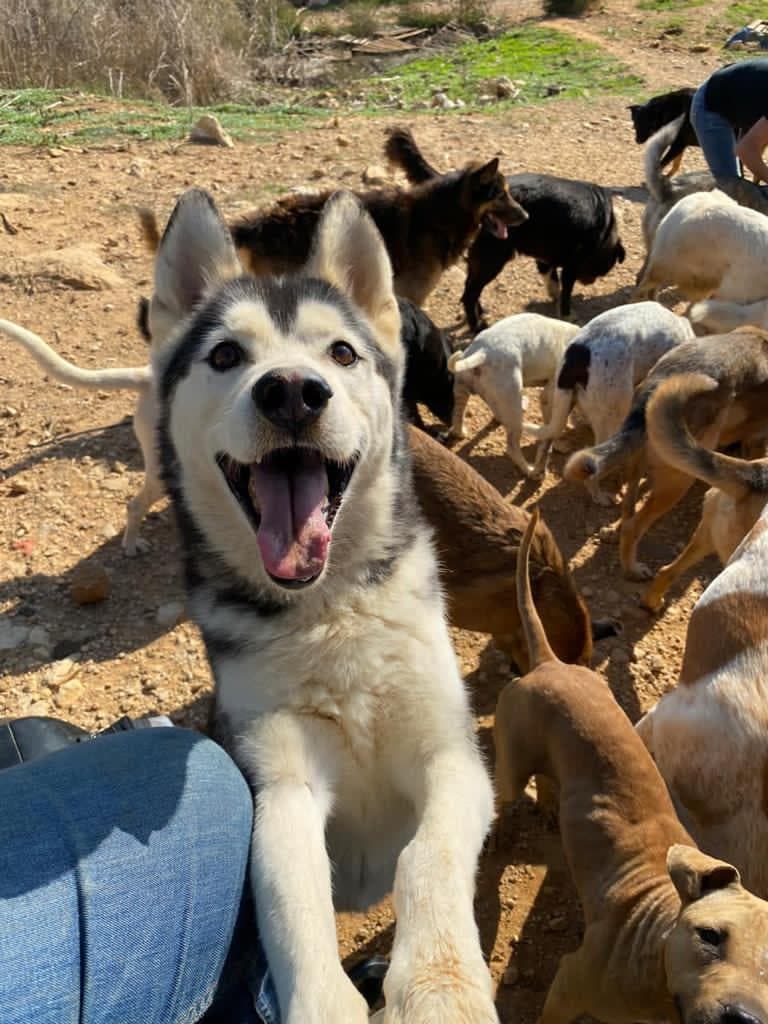 Rescue dogs are shown at Beirut-based BETA in Lebanon. (Supplied)

Dedicated to ensuring that these animals have the opportunity to live both safely and securely, the charity hopes to drive changes in the way the Lebanese public generally view animals, through education and activism.

“Before, people would come and they would want a pure breed puppy,” Husseini said. “Now, they adopt older dogs. They adopt mixed breed. We would come to the vet to spay and neuter the dogs; many people would be shocked. Now, when you go to the vet, almost everyone is spaying and neutering their own animals, even if it’s a pure breed. Even though it’s not completely one-hundred percent, there’s a significant change.”

While there are laws in place in Lebanon to protect the welfare of animals, ensuring that those laws are effectively enforced remains difficult.

Despite the disruption caused by recent events, exotic and endangered species continue to be smuggled into the country to be sold illegally as pets to wealthy elites. It is also not uncommon for people to attack stray animals that enter their neighborhoods, often with firearms. X-rays reveal as many as 40 percent of the dogs rescued by BETA still have lead pellets embedded in their bodies.

“When you go to the police and you ask for them to apply the law, they will laugh at you,” Husseini said. “We have so many dogs who have been shot at the shelter. They are blind because they were shot in the face, or we will have to amputate because they can’t use their legs anymore. They were shattered.”

Coronavirus: What you need to know about COVID-19 right now

Iran’s Mugger Crocodile is a Sea Monster With a Difference