Russia plans to hold strategic military exercises in the east of the country starting next month, the defense ministry said, thousands of miles from the war it is waging in Ukraine.

The “Vostok” (East) exercises will take place from Aug. 30 to Sept. 5. They appear intended to send a message that Russia, despite the costly five-month war in Ukraine, remains focused on the defense of its entire territory and capable in military terms of sustaining “business as usual”.

In a statement, the ministry emphasized that its capacity to stage such drills was unaffected by what it calls its “special military operation” in Ukraine.

It said Russia had not cancelled any training activities or international cooperation, and the exercises would be supplied with all necessary personnel, weapons and equipment.

“We draw your attention to the fact that only a part of the Armed Forces of the Russian Federation is involved in the special military operation (in Ukraine), the number of which is quite sufficient to fulfil all the tasks set by the Supreme Commander-in-Chief,” the statement said.

Some foreign media were spreading false information about “some kind of alleged mobilization activities”, it added.

Despite Russia’s heavy losses and slow progress in Ukraine, President Vladimir Putin has not ordered a mobilization of the country’s reserves, estimated to number some 2 million people with military service within the past five years.

CIA Director William Burns said last week the United States estimated that 15,000 Russian troops had been killed in Ukraine since February – as many deaths as the Soviet army sustained in a decade of war in Afghanistan from 1979 – and three times that many may have been wounded.

The upcoming exercises will take part in the eastern military district, which includes part of Siberia and has its headquarters in Khabarovsk, near the Chinese border.

They will include some foreign forces, the defense ministry, without specifying from which countries. Troops from Armenia, India, Kazakhstan, Kyrgyzstan and Mongolia took part in major exercises in Russia and Belarus last year. Four nuns kidnapped in southeast Nigeria on their way to mass 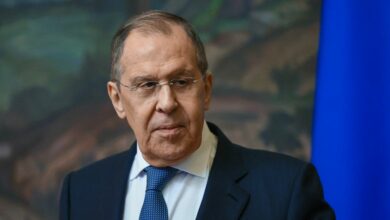 Israeli ministers to run as partners in upcoming elections