Emma Watson has broken her silence after she was accused of prioritising her Instagram aesthetic over a post showing support for the movement Black Lives Matter.

The actress, 30, took to Instagram at midnight on Tuesday to tell her 57.2million followers ‘I stand with you’ as she shared an impassioned post about how she would use her platform to tackle ‘structural and institutional racism’.

Earlier on Tuesday, Emma joined millions around the world by posting a black square, but sparked backlash by editing it to have a white border around it.

Social media entered a 24-hour blackout as people made their voices heard in the fight for equality after the senseless death of George Floyd in Minneapolis on May 25th. 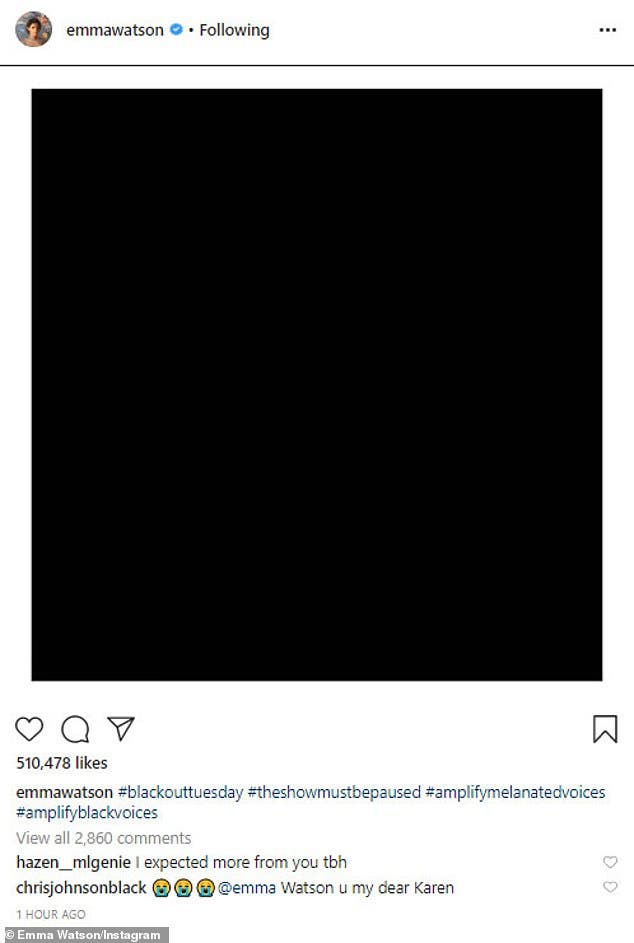 Emma went viral on Twitter, with those accusing her of uploading three black squares with the same border just to match her feed.

At midnight, however, Emma uploaded a piece of artwork by her friend Dr. Fahamu Pecou which was called White Lies, Subtleties, Micro-Aggressions, and Other Choking Hazards.

The actress wrote: ‘I was holding off posting until #blackouttuesday ended in the UK,’ before sharing a poem written by Dr. Fahamu called Broken Open from Black Matter Lives.

Emma also uploaded her own words about the action she would be taking. ‘There is so much racism, both in our past and present, that is not acknowledged nor accounted for.

‘White supremacy is one of the systems of hierarchy and dominance, of exploitation and oppression, that is tightly stitched into society. As a white person, I have benefited from this. 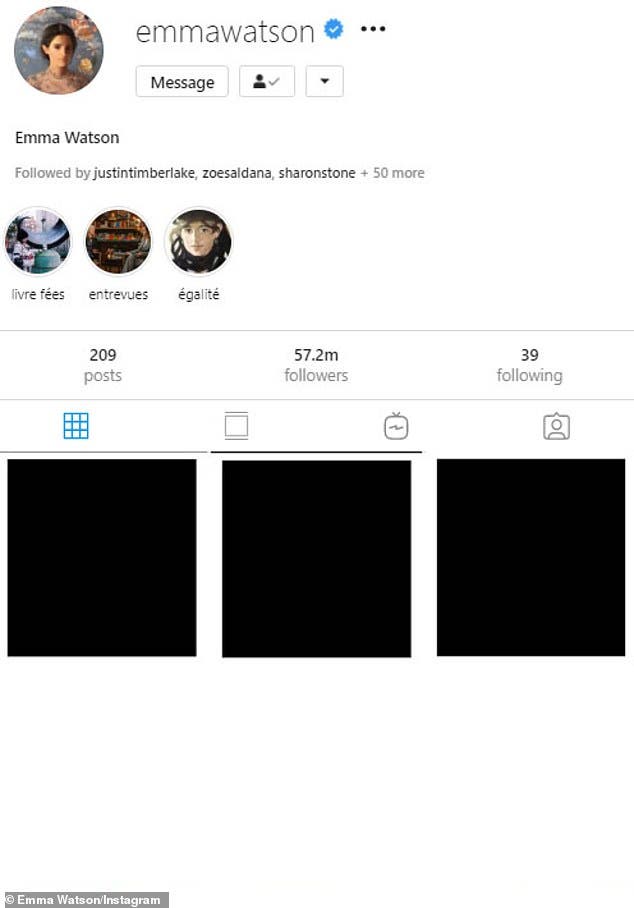 ‘Whilst we might feel that, as individuals, we’re working hard internally to be anti-racist, we need to work harder externally to actively take the structural and institutional racism around us.

‘I’m still learning about the many ways I unconsciously support and uphold a system that is structurally racist.