Nicole Martins had hoped her mother, hospitalised with COVID-19 last month, was on the mend. But when the 24-year-old arrived at the hospital, the look on her father’s face confirmed her worst fears.

The Martins are one of hundreds of thousands of Brazilian families who have lost a loved one to COVID-19 since the coronavirus first began spreading across the country like wildfire.

On Thursday the South American nation surpassed 400,000 coronavirus-related deaths, the second-highest total in the world after the United States. More than half of those were recorded in 2021, while April has been the deadliest month since the start of the pandemic.Experts blame several factors for the recent uptick, including the more contagious P1 variant, fatigue with restrictive measures such as lockdowns, and slow vaccine rollout.

“With 50 percent of the deaths from COVID happening this year, it shows that the crisis is totally out of control,” Jesem Orellana, an epidemiologist with the Fiocruz medical research institute in the Amazonian capital of Manaus, told Al Jazeera.

Manaus is where the P1 variant was first detected and where in January patients died in their beds asphyxiated due to inadequate oxygen supplies.

Brazil’s far-right populist President Jair Bolsonaro’s response to the crisis, which included downplaying the severity of the disease and casting doubt on masks and vaccines, has been condemned by health experts worldwide.

A Senate commission opened an inquiry this week into the government’s handling of the pandemic.In Sao Paulo’s low-income Fazenda da Juta neighbourhood, where the Martins family lives, more than five people died from the coronavirus on the same street in March, including Martins’ mother.

Thalia Novaes’s 61-year-old father fought for his life for 30 days and was transferred to three different hospitals before he passed away in March. Like many residents, he was buried in the nearby Vila Formosa Cemetery, Latin America’s largest, which has seen queues for people needing to be buried.­­­­

The huge increase in demand led local authorities to set up a generator and lights so that burials could happen at night. It also has taken a physical and mental toll on burial workers.

“It’s hard to see so many people upset,” said James Gomes, a gravedigger for eight years. 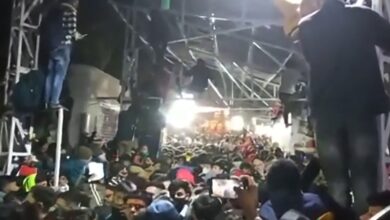