Two Ezidi girls who were abducted by the Daesh/ISIS terrorist group in 2014 from Iraq’s Mosul say the live with the trauma every day.

Aliya Bercest Naif and Suad Berekat Naif were kidnapped from the Sinjar district and kept in captivity by the terrorists who killed their fathers.

The girls, who are cousins, are currently living with their 70-year-old grandmother in a refugee camp in Iraq’s Duhok province.

Aliya was nine years old when she was kidnapped. Since then, she has been wearing only black clothes, a color that represents mourning in her culture.

They came in four military trucks, she said.

“They murdered my father right in front of my eyes. Then they slaughtered dozens of our relatives,” she added.

Aliya says the trauma lingers on and she will remember that day for the rest of her life.

The children were taken away from their mothers and not even provided food, she said.

She was beaten, raped and tortured, she said.

“My words will never be able to convey my suffering. I was trafficked six times before I managed to escape,” she said.

“When I grew up, I wanted to become a doctor. They destroyed my dreams,” she added.

Suad, 19, said Daesh terrorists killed her father and captured her mother and brother.

She said she was imprisoned in a cell on the outskirts of Mosul.

“It (the cell) was covered in blood and showed signs of torture. We were being beaten for our silence when the coalition forces attacked the prison. After that, they drove us to Tal Afar and began to sell each of us separately.”

She escaped after an airstrike in the area and managed to enter a house. The residents helped her.

“They also gave my uncle a call. My uncle and his brother received a voicemail from me pleading them to save me. They rescued me,” she said.

In the Aug. 3, 2014 attack on the Sinjar district, where Ezidis live, Daesh kidnapped and killed thousands of people, including women and children, or held them in prison cells.

Hundreds of thousands of Ezidis, who had to flee their homes after the Daesh attack, have been living in the camps in northern Iraq’s Kurdish Regional Government (KRG) under harsh conditions.

Killing The Taboo: One Woman’s Story With Cancer 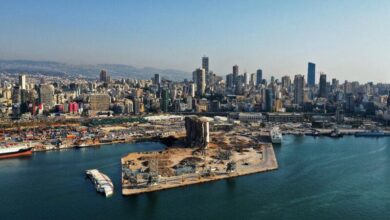