At least 21 people have been killed after hail, freezing rain and high winds struck during an ultramarathon in China’s northwestern Gansu province, local officials said.

“Abrupt, extreme weather” hit a high-altitude section of the 100-kilometre cross-country race held in the Yellow River Stone Forest near Baiyin city at around noon (04:00 GMT) on Saturday, officials said during a briefing on Sunday.

“At around noon, the high-altitude section of the race between 20 and 31 kilometres was suddenly affected by disastrous weather. In a short period of time, hailstones and ice rain suddenly fell in the local area, and there were strong winds. The temperature sharply dropped,” said Baiyin city mayor Zhang Xuchen.

Shortly after receiving messages of help from some participants, marathon organisers dispatched a rescue team that managed to save 18 participants, he said.

At about 2pm (06:00 GMT), weather conditions worsened and the race was immediately called off as local authorities sent more rescuers to help, Zhang added.

“This incident is a public safety incident caused by sudden changes in weather in a local area,” he said, adding that provincial authorities will further investigate its cause.

A further eight runners were being treated in hospital for minor injuries, Zhang said.

A total of 172 people took part in the race. As of Sunday, 151 participants had been confirmed safe, including the injured, the official Xinhua news agency reported.

Gansu, one of China’s poorest regions, borders Mongolia to the north and Xinjiang to the west. Lavrov in Turkey for talks on Ukraine grain exports 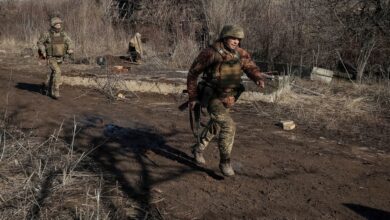 Switzerland liaises with others on Russia sanctions, may not act immediately