An emerging debt fund run by investment manager Ashmore Group loaded with securities from troubled Argentina, Lebanon and Ecuador has been hit by net investor outflows of more than $1 billion since August, according to Morningstar data.

Net returns of the Ashmore SICAV Emerging Markets Short Duration Fund, which has net assets of $5.1 billion, are down 20.3 percent in the year to date, compared to a 3.5 percent loss for the benchmark JPMorgan EMBI Global index, Refinitiv data shows.

Around $318 million left the fund in February after monthly outflows in August, October and November. Between the end of last month and February last year, the fund had net inflows of $1.04 billion, the Morningstar data showed. Since August, net outflows totaled $1.1 billion.

The reason is likely heavy exposure to troubled credits -nearly a quarter of the fund is invested in Argentina and Lebanon, up from around 8 percent from the same period in 2019, according to Refinitv data from the end of January, as the emerging markets specialist bought up bonds hammered by last year’s financial turmoil in those countries. 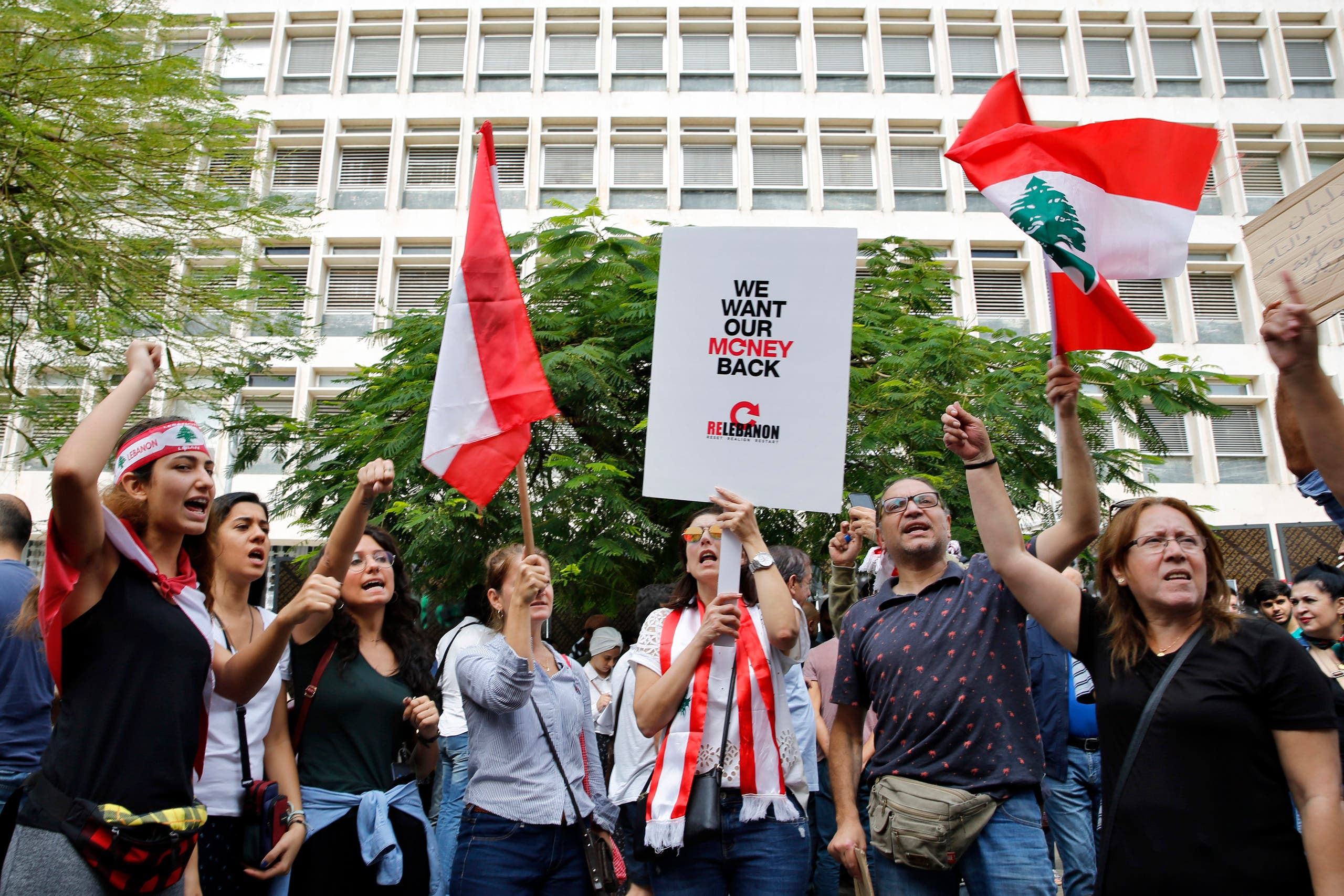 Anti-government protesters chant slogans during a demonstration, in front of the Central Bank, in Beirut, Lebanon. (File Photo: AP)

Ashmore, which in total has about $100 billion assets under management, declined to comment.

But it last month defended the short duration fund’s strategy, saying it was designed to take account of bouts of volatility in high-yielding emerging markets. It was too soon to judge the success of its ” “dislocation” rades on Lebanon and Argentina, it argued.

Among the fund’s holdings is a Lebanese $1.2 billion Eurobond which matured on Monday and will not be repaid. That issue has lost nearly half its value in the past week. Lebanon declared on Saturday it could not continue servicing debt.

Argentine bonds have also fallen, and economy minister Martin Guzman said this week the country will need “substantial relief” as it restructures nearly $70 billion in debt with international bondholders.

The fund’s largest weighting of 15 per cent is in Ecuador, the data showed. While Ecuador has not defaulted, it is reeling after huge unrest last year and the recent oil price collapse; its sovereign bonds have tumbled around 50 per cent this year.