A team of international experts has been excavating in Konya at a UNESCO World Heritage Site believed to be the world’s oldest settlement. Their findings are fascinating.
Catalhoyuk, in Türkiye’s Konya, is a “Neolithic settlement known as the world’s oldest city,” Dr Eline Schotsmans tells TRT World. “It covers an area of 13 hectares and features densely aggregated mudbrick domestic structures.”

Schotsmans, from the Centre for Archaeological Science at the University of Wollongong in Australia, is part of an international team that looked into how inhabitants of Catalhoyuk buried their dead.

The findings, published in a recent paper, reveal much about the burial rituals of Catalhoyuk’s residents that go back 9,000 years.

One discovery was that the dead in Catalhoyuk were buried with pigments, excavated several times and reburied.

“The houses of Catalhoyuk present the archaeological traces of ritual activities including wall paintings and intramural burials (the burials were under the floor of the ‘living room’) that contain skeletons which bear traces of colourants in some cases.” Schotsmans writes.

Why is Catalhoyuk significant? According to Schotsmans, the settlement “represents the start of agriculture and is one of the first agglomerations. In other words; the end of hunter-gathering.”

She adds that estimates put 8,000 residents in this ‘city’ during its peak.

A UNESCO World Heritage site since 2012, Catalhoyuk was excavated for 25 years by an international team led by Prof Ian Hodder from Stanford University. “In those 25 years of excavation we learned a lot about this early settlement,” Schotsmans says. “But there is still a lot to learn because only five percent of the site was excavated over 25 years. That gives an impression of the extent of the site.”

Schotsmans says the new study is unique “because it combines architectural data and burial data regarding the use of pigments. These data are often treated separately.” She notes that Near Eastern archaeological sites dating back to the Neolithic era have returned a large body of evidence of “complex, often mysterious, symbolic activities.”

Among these activities are secondary funerary treatments, retrieval and circulation of body parts (for example, skulls), and use of pigments in both architectural spaces and funerary contexts.

“The circulation of skulls/crania is well known in this Neolithic period, less well known is that other bones like femora or other long bones, also ‘stayed in the world of the living’,” Schotsmans tells TRT World.

How were the pigments applied to bones?

Schotsmans says the most common pigment at Catalhoyuk is ochre (red), an iron oxide that was abundantly found in various depositional contexts across the site “such as burials, art, architectural decoration of walls and installations within houses, figurines, clay balls [and] wooden posts”.

Other less commonly used pigments are cinnabar, azurite and malachite.

Cinnabar is a scarlet red colour, which was “mainly applied to males as a stripe on the forehead (probably on or under a headband),” Schotsmans says. Cinnabar was also found in shells and occasionally mixed with ochre in wall paintings, she adds.

The pigments azurite (blue) and malachite (green) were “only found with females and children as a burial association. These two colours were never applied to the body like ochre.”

Schotsmans believes the way the pigments were applied is variable. “Pigment was probably manually applied to the head of younger individuals, while adults could have been stained on the cranium and infracranial skeleton from exposure to matting or from sprinkling colourant.”

“Therefore, it is difficult to conclude if the matting was painted with ochre or if ochre was sprinkled on top of the deceased, before being wrapped in matting. It is clear from the staining marks on the bones that the individuals were fully fleshed when the ochre was applied, so in these cases ochre was applied when the soft tissue of the bodies was still left, and not when they were already skeletonised,” she adds.

According to Schotsmans, the heads of some male individuals had a cinnabar stripe. The presence of phytoliths in combination with the presence of cinnabar on the forehead of crania “indicates that a headband could have been worn.” Yet it is unclear “if the deceased wore a headband stained with cinnabar, or a headband over a stripe of cinnabar applied to the skin.”

She writes that “the stripes have most often been observed on individuals from primary depositions (so the skeletons were articulated), which suggests that cinnabar was put on a fleshed head and not on dry skeletal remains. Over the years, the soft tissue of the deceased and organic matter of the headband degraded, leaving a coloured stripe on the cranium.”

How do you explain the removal and reburial of some individuals in Catalhoyuk?

According to senior author of the study Dr Marco Milella, from the Department of Physical Anthropology at the University of Bern, the results “reveal exciting insights about the association between the use of colourants, funerary rituals and living spaces in this fascinating society”.

When asked how the team explains the removal and reburial of some individuals in Catalhoyuk, Milella tells TRT World “the circulation of human bones may have been related to the need to link the living to the dead in this community, and therefore reinforce processes of social memory.

“It should be stressed, however, that we don’t know yet which criteria drove the selection of individuals whose remains were circulated. This is still an intriguing open question.”

“We found some human remains that are not in anatomical articulation anymore. For example as body parts or as single bones. That means that they must have decayed before their bones were taken (called secondary and tertiary burials in archaeological terms),” Schotsmans says.

“Because there is a link between those secondary and tertiary bones and architectural paintings, it is assumed that they circulated in the community (keeping the ‘ancestors’ in the world of the living?). The burial of these individuals’ bones was linked with some kind of ritual that went hand in hand with making architectural paintings.”

Milella compares the number of burials and layers of wall paintings and says they “suggest an association between these two events. Shortly, walls were painted when a burial was performed.”

Why is the study important?

Schotsmans points out that another important point is that “the Neolithic (and Catalhoyuk) shows the start of social differentiation (which will eventually lead to social inequality). Because only a small number of individuals were buried with pigments.”

“Who were they? The choice was not influenced by age or sex, because pigments at Catalhoyuk are present with females, males and subadults, but not all of them have traces of pigment. So far genetic relatedness didn’t play a role either (they are not family).”

Milella notes that “as always in science, one of the most important results of this study is the range of questions that it raises, to which we still do not have answers.” 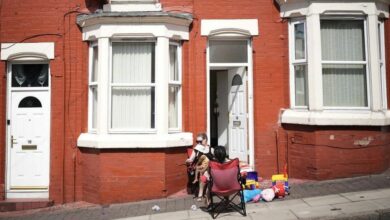 There Was Water on Mars. Here is The Proof