A resident bird at an Australian zoo has mastered the sound of a crying baby, a video shared by the zoo showed.

At Taronga Zoo, located in Sydney, Australia, resides one of the country’s most impressive native birds: the lyrebird.

The bird, named Echo, is seen mimicking the sound of a crying baby in the video posted on Twitter. The zoo said that Echo had “the amazing ability to replicate a variety of calls.”

This bird type is one of Australia’s best-known native birds and has been referred to as “nature’s most masterful mimic” by NGO Earth Archives.

The lyrebird is a ground-dwelling bird that can often be found in the forests and rainforests of eastern Australia. They are renowned for their ability to mimic sounds from their environment, both natural and artificial. The male lyrebird has a long tail which it fans out in courtship display.

Officially opened in 1916, Taronga Zoo is home to a variety of amazing animals such as kangaroos, wombats, Tasmanian devils, zebras and quokkas, among many others. 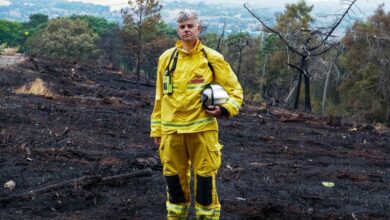