Our dependence on the internet for everyday things is increasing, and so are the negative consequences, according to research.

A new study conducted by researchers in South Korea has found that this has had a particularly negative impact on teenagers, linking increased internet use in teens to adverse mental health impacts and suicide ideation.

The study – entitled ‘Impact of Internet usage time on mental health in adolescents: Using the 14th Korea Youth Risk Behavior Web-Based Survey 2018’ – involved a survey which examined over 28,000 high school students aged 16 to 18 to understand the effects of too much screen time.The group with above-average internet usage rates had poorer subjective health, higher stress levels, and feelings of sadness and suicidal ideation compared to the group with below-average internet usage.

The researchers found that internet usage times differed according to grade level, sex, the type of school, economic status, academic achievement, living arrangements, and experience of violence. Internet usage was the highest amongst students who were either female, of a low economic status, low academic achievement, as well as those who experienced violence or lived in a children’s home.

“To effectively manage Internet usage time, interventions to lower Internet usage and leisure programs that could replace Internet usage need to be developed,” the researchers wrote, adding that the internet penetration rate in most developed countries exceeded 90 percent, with the number of internet users consistently rising.

Throughout the pandemic, internet use among adolescents increased, using the internet for various purposes such as education, entertainment, and communication.

“While the Internet has a variety of favorable functions, such as sharing of information, communication, and stress relief, excessive Internet usage can create issues such as dependence and interference with daily living, thereby posing a significant public health problem,” they wrote.

The transitional nature of the adolescence period means that individuals undergo a lot of drastic adjustments physically, mentally, and socially, alongside “crises related to academic stress, peer relations, and school adaptation.”

“Internet usage in adolescence has been shown to be associated with emotional and physical problems,” the study stated, adding that this is particularly crucial when taking into consideration the changes that adolescents go through as they have yet to establish “a self-identity, they are vulnerable to becoming dependent and addicted to internet use,” and that it could also be associated with psychosocial problems, such as failing to distinguish between the real and virtual worlds, the report stated.

Climate migration will worsen the brutality in the Mediterranean 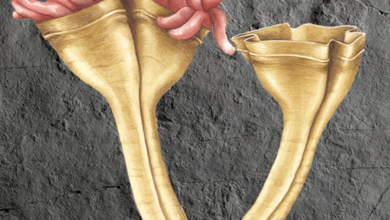 Can The Pfizer Covid Vaccine Quash The New Variant?