Macron said he had evidence that militants had traveled through the Turkish city of Gaziantep on their way to the conflict in the Caucasus, where the fiercest clashes in years have left nearly 130 people dead.

“We have information today that indicates with certainty that Syrian fighters from jihadist groups have transited through Gaziantep to reach the theater of operations in Nagorny Karabakh,” Macron said as he arrived for a summit with EU leaders in Brussels.

“This is a very serious new fact, which changes the situation.”

Armenia has accused Turkey of sending mercenaries to back its ally Azerbaijan and on Monday the Britain-based Syrian Observatory for Human Rights said Ankara had dispatched at least 300 proxies from northern Syria.

Macron himself this week condemned what he called Turkey’s “reckless and dangerous” statements backing Azerbaijan. 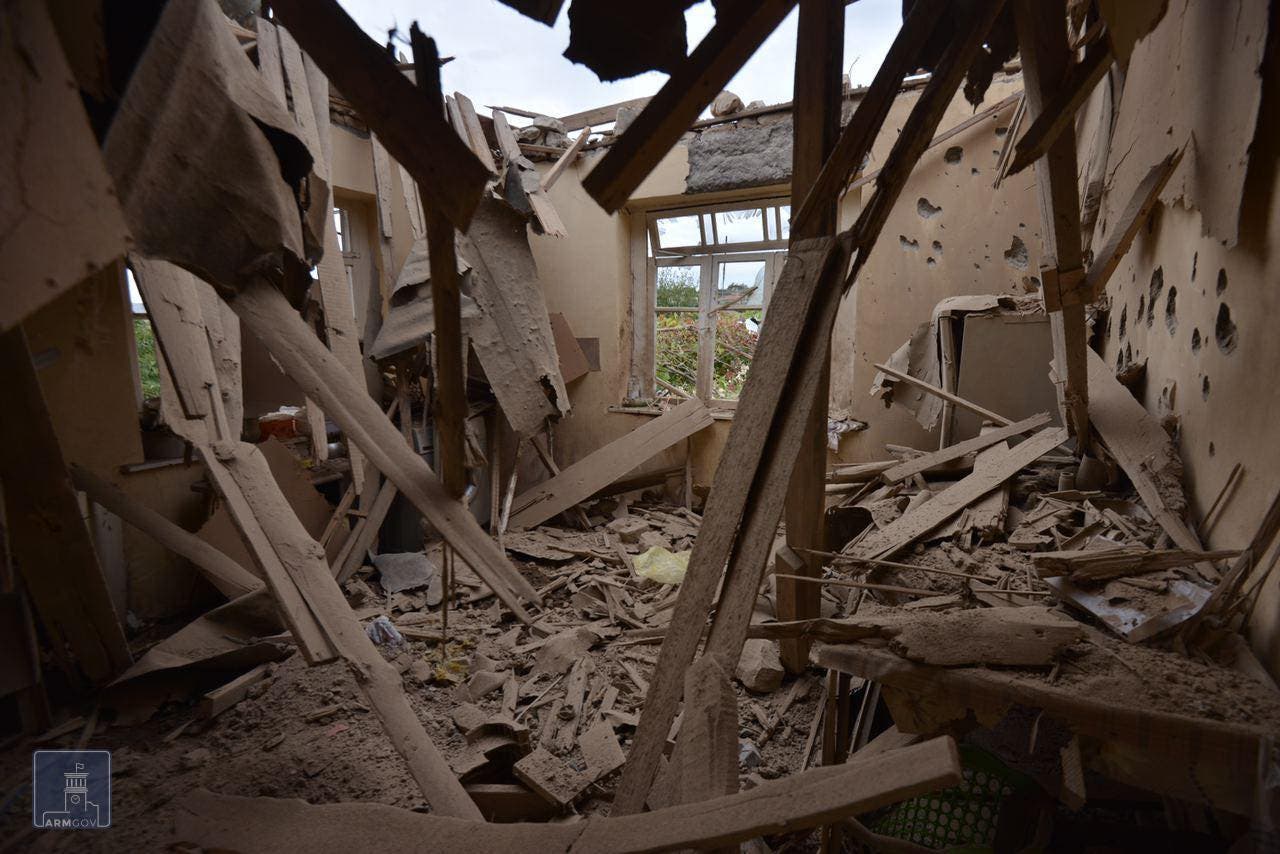 A view of a house which is said was damaged in recent shelling during clashes between Armenian separatists and Azerbaijan over the breakaway Nagorny Karabakh region. (AFP)

Claims of Turkish meddling in the conflict look set to color Thursday’s summit talks about the EU’s relations with Ankara, as Greece and Cyprus push for a tough line against their old enemy.

Nagorny-Karabakh, a majority ethnic Armenian breakaway region inside Azerbaijan, declared independence after the fall of the Iron Curtain, sparking a war in the early 1990s that claimed 30,000 lives.

It is still not recognized as independent by any country, including Armenia, and talks to resolve the conflict have largely stalled since a 1994 ceasefire agreement.