Evangeline Lilly has apologised for her “insensitive” coronavirus comments.

The former ‘Lost’ star came under fire earlier this month when she took to Instagram to insist she would not be following social distancing and self-isolation guidelines because she didn’t want to lose her “freedom”, despite health advice suggesting isolation will help stop the spread of the virus.

And now, Evangeline has issued a “sincere and heartfelt apology” for her comments, which she claims were made before the “small community” where she lives began to seriously limit the number of people allowed at gatherings.

“At the time of my Mar 16th post, the directives from the authorities here were that we not congregate in groups of more than 250ppl and that we wash our hands regularly, which we were doing.

“Two days later, those directives changed and, despite my intense trepidation over the socioeconomic and political repercussions of this course of action, PLEASE KNOW I AM DOING MY PART TO FLATTEN THE CURVE, PRACTICING SOCIAL DISTANCING AND STAYING HOME WITH MY FAMILY. (sic)”

The 40-year-old actress went on to apologise to those who have been directly impacted by the virus, as well as those who are concerned about the “very real threat” of losing loved ones to the infectious disease.

She added: “I want to offer my sincere and heartfelt apology for the insensitivity I showed in my previous post to the very real suffering and fear that has gripped the world through COVID19.
Grandparents, parents, children, sisters and brothers are dying, the world is rallying to find a way to stop this very real threat, and my ensuing silence has sent a dismissive, arrogant and cryptic message.

“My direct and special apologies to those most affected by this pandemic. I never meant to hurt you. When I wrote that post 10 days ago, I thought I was infusing calm into the hysteria.”

Evangeline also claimed her original statements were made out of fear, and said she was convinced to look at the bigger picture by a friend.

She concluded: “When I was grappling with my own fears over social distancing, one kind, wise and gracious person said to me ‘do it out of love, not fear’ and it helped me to realize my place in all of this. Sending love to all of you, even if you can’t return it right now. EL. (sic)”

The ‘Ant-Man’ star made her initial comments after revealing she had taken her children – Kahekili, eight, and a second son, four, whose name is not known to the public – to gymnastics club.

And when fans asked why she wasn’t self-isolating and keeping her brood at home, the actress dismissed coronavirus as “the flu”, and said she felt “unnerved” by the government trying to keep her in her home.

Evangeline’s comments were criticised by her ‘Lost’ co-star Maggie Grace, who told the actress to “rethink” her stance on the virus, whilst ‘Game of Thrones’ actress Sophie Turner suggested Evangeline was being “f***ing stupid”. 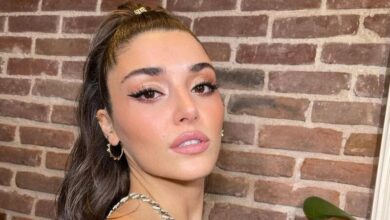 Pele, Brazil’s football legend who charmed the world, dies at 82