European Commission President Ursula von der Leyen will press India over its neutral stance on the Ukraine war after arriving in the country on Sunday for trade, security and climate talks.

New Delhi has long walked a tightrope in its relations with the West and Moscow — which supplies most of India’s arms — and Russia’s invasion of its neighbor has highlighted the difficulty of the balancing act.

Von der Leyen’s itinerary began with an address to a youth forum on climate change, where she praised India for its “ambitious” target of meeting half of its energy demands from renewable sources by 2030.

She meets with Modi on Monday as the latest in a stream of recent diplomatic visitors seeking to lure India away from Russia with pledges of security, defense and energy cooperation.

Ukraine was on the agenda when Modi hosted his British counterpart Boris Johnson this week, in a trip that culminated in the announcement of a new defense and security partnership. 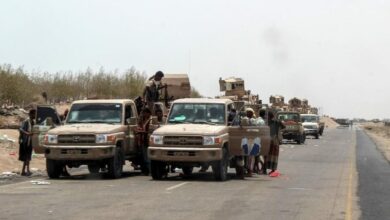