The European Parliament is expected to ratify the terms of Britain’s exit from the European Union, meaning Brexit will finally be confirmed, three and a half years after the referendum.

The historic vote on Wednesday at around 17:00GMT will be preceded by a debate.

Some 751 members of the European Parliament from 28 member states are widely expected to usher in the final stage of the ratification process.

The United Kingdom will then leave the bloc on Friday at 23:00 GMT.

From that moment, the UK will be out of the EU institutions and in a transition period, in which negotiations on future trade relations will take place.

UK Prime Minister Boris Johnson has stressed that the transition period should not go beyond one year, ending at the end of 2020, but European leaders and members of the British opposition say that deadline is unachievable.

Some British politicians have suggested Brussels might be flexible on its rules to protect trade flows in talks.

In recent days, European politicians have stepped up their rhetoric, calling on the UK to be willing to compromise.

In a guest article in the German weekly Die Zeit on Wednesday, Foreign Minister Heiko Maas said the UK will have to compromise on issues such as consumer rights and environment protection if it wants to maintain full access to the EU’s single market.

“By the end of the year, we need to be clear on the shape of our relationship,” Mass wrote.

“So let me say very openly: Yes, we all want zero tariffs and zero trade barriers, but that also means zero dumping and zero unfair competition. Without similar standards to protect our workers, our consumers and the environment, there can be no full access to the largest single market in the world.”

On Monday, Michel Barnier, the EU’s chief negotiator, said the bloc will “never, never, never” compromise on the integrity of its single market, saying London must now face reality after underestimating the costs of leaving.

“Leaving the single market, leaving the customs union will have consequences. And what I saw … in the last year, is that many of these consequences have been underestimated in the UK.”

Barnier said while Brussels was willing to be flexible and pragmatic in trade talks, Britain’s choices have made frictionless trade with the EU impossible.

If no trade agreement is reached, the UK still faces the risk of a cliff-edge Brexit in 2021 when an 11-month status quote transition ends.

Earlier, Irish Prime Minister Leo Varadkar told the BBC that the EU would have the upper hand in trade talks, having the “stronger team” due to its larger population and market. Ireland, which is not a part of the UK, will remain a member of the bloc, while Northern Ireland, Wales and Scotland will exit along with Britain. 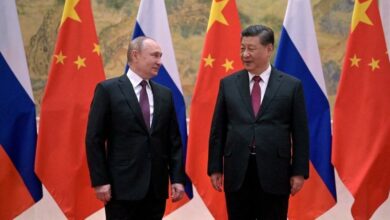