The European Union will extend indefinitely the time limit to resolve disputes in the Iran 2015 nuclear accord to avoid having to go to the UN Security Council or triggering new sanctions, the EU’s top diplomat said during a visit to Tehran.

Britain, France and Germany formally accused Iran on January 14 of violating the terms of the 2015 arms control agreement aimed at curbing Tehran’s nuclear programme. Violations could lead to the reimposing of UN sanctions lifted under the 2015 deal.

“We are in agreement not to go directly to a strict time limit which would oblige (us) to go to the Security Council,” the EU’s Josep Borrell told reporters during a visit to Tehran on Monday.

In his remarks, broadcast on Tuesday, he said: “The willingness is not to start a process that goes to the end of JCPOA, but to keep it alive,” referring to the Iran deal by its formal name, the Joint Comprehensive Plan of Action.

After months of gradual steps to reduce compliance, Iran said on January 6 it would scrap limits on enriching uranium.

Borrell, who is chair of the Iran deal, was notified in January by Paris, London and Berlin that they had triggered the dispute mechanism, in theory starting a 15-day process to resolve issues with Iran.

However, there are some questions over when the 15-day period should start because Iran has not formally recognised the consultation process, officials have said.

China and Russia are also signatories to the deal signed in Vienna in 2015 and have expressed misgivings about the Europeans’ decision to trigger the mechanism.

All sides say they want to save the deal, which US President Donald Trump withdrew from in May 2018, reimposing economic sanctions on Iran.

Borrell said he had agreed with Berlin, London and Paris to “continuously postpone” the 15-day limit. However, he said progress depended on maintaining the presence of the UN atomic watchdog, the International Atomic Energy Agency (IAEA), in Iran to monitor its nuclear activities.

After meeting Borrell on Monday, President Hassan Rouhani was quoted as saying that Iran is ready to cooperate with the EU on issues related to the nuclear deal. 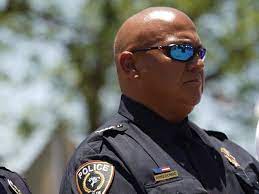