European leaders have approved an unprecedented combination of energy subsidies and financial measures aimed at making the continent less reliant on Russian coal, oil and gas and, increasingly, it looks as though political will is stiffening to make that independence permanent.

On Friday, European Union heads of government voted to subsidise electricity and gas consumed by households and businesses this winter amid soaring prices.

They have asked the European Commission, the EU executive, to propose price caps above which the subsidy would kick in.

Governments would pay for it by clawing back electricity producers’ and gas importers’ excess profits.

Over the past year, gas prices have risen eightfold to stand at 340 euros ($345) per megawatt hour last month, while electricity prices have tripled this year mainly due to the rise in prices of hydrocarbons, leaders said.

Greece tops the league, committing to spend 6.5 percent of GDP to split electricity bills with consumers 50-50 – more than any other EU member.

Germany spend is forecast to be around 2.6 percent of GDP.

The EU banned imports of Russian coal last April in response to Russia’s invasion of Ukraine and followed up with a ban on Russian oil in June.

But it did not ban gas, which is difficult to replace with shipments to European ports.

“We are ready to supply gas in volumes that were contracted even now. However, this will definitely depend on the position of European countries,” said Russian Security Council Vice President Dmitry Medvedev on August 28. “If our arms are twisted, if payments are banned, or the delivery of repaired turbines, or the Nordstream 2 launch is rejected, then supplies of this kind will probably not be in volumes the Western countries expect.”

Germany halted the process of certifying the newly built Nordstream 2 pipeline on February 22, after Russian President Vladimir Putin ordered his first troops into eastern Ukraine. The pipeline was to begin delivering 55 billion cubic metres of gas to Germany this year.

And sanctions have prevented German industrial giant Siemens from delivering to Russia gas compressor turbines after maintenance. Without them, Russia says it cannot pressurise the Nordstream 1 pipeline.

It halved flows through Nordstream 1 twice, on June 15 and July 27, before announcing it was shutting it off completely on September 3. On each occasion, Russia’s actions sent gas prices in Europe higher.

European leaders have rejected the Russian explanation that technical difficulties led to the shutdown. 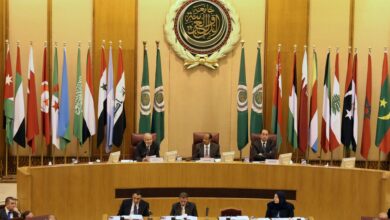 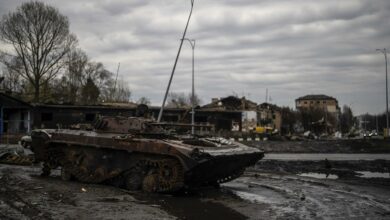