As several European countries ease their lockdowns as the number of infections starts to dip, the focus is firmly on a vaccine to counter the new coronavirus.

Numerous pharmaceutical companies are racing to deliver a vaccine for the virus that caused the pandemic, which has claimed the lives of about 300,000 people worldwide and infected more than 4.34 million.

Dozens of potential COVID-19 candidate vaccines are now under development by biotech and research teams around the world; at least five of these are in preliminary testing in people in what are known as Phase 1 clinical trials.

EU agency says vaccine could be approved in about a year, not by September

A vaccine to counter the new coronavirus could be approved in about a year in an “optimistic” scenario, an agency which approves medicines for the European Union said on Thursday.

The European Medicines Agency, in communication with 33 developers, was doing all it could to speed up the approval process, the EMA’s head of vaccines, Marco Cavaleri, said, but he was sceptical of claims any could be ready by September.

“For vaccines, since the development has to start from scratch … we might look from an optimistic side in a year from now, so beginning of 2021,” he told journalists.

He ruled out the possibility of skipping the third phase of a vaccine trial, which he said would be needed to ensure a vaccine was safe and effective.

The EMA is also looking at 115 different therapeutics, or treatments, for the coronavirus.

Cavaleri said some of those therapeutics could be approved in Europe as early as this summer, but he did not specify which.

French fury after Sanofi, a French multinational, says US to get virus vaccine first

The French government cried foul on Thursday after pharmaceutical giant Sanofi said it would reserve first shipments of any COVID-19 vaccine for the United States, saying the move would be “unacceptable” in a crisis that has killed about 300,000 people worldwide.

The French multinational’s chief executive officer Paul Hudson said on Wednesday that the US would get first dibs because its government was helping to fund its vaccine research.

“The US government has the right to the largest preorder because it’s invested in taking the risk,” Hudson told Bloomberg News.

“That’s how it will be because they’ve invested to try and protect their population, to restart their economy,” he said. “I’ve been campaigning in Europe to say the US will get vaccines first.”

His comments drew outrage from officials and health experts, who noted that Paris-headquartered Sanofi has benefitted from tens of millions of euros in research credits from the French state in recent years.

“For us, it would be unacceptable for there to be privileged access to such and such a country for financial reasons,” France’s deputy finance minister Agnes Pannier-Runacher told Sud Radio on Thursday.

“The head of Sanofi’s French division confirmed to me that a vaccine would be available in every country and obviously … to the French as well, not least because it has production capacity in France,” she said.

France’s higher education minister Frederique Vidal said Sanofi’s plan to give the US priority access would be “incomprehensible and disgraceful” since a successful vaccine must be “a public good for the world”.

Sanofi’s chief in France, Olivier Bogillot, sought to play down his boss’s comments, saying “the goal is to have this vaccine available to the US as well as France and Europe at the same time”.

But that would only be possible “if Europeans work as quickly as the Americans,” Bogillot told BFM television, saying the US government had pledged to spend “several hundreds of millions of euros”.

“The Americans have been effective in this period. The EU must be just as effective in helping us make this vaccine available quickly.”

In April, Sanofi joined forces with Britain’s GlaxoSmithKline to work on a vaccine, although trials have not yet started, and any successful treatment would be available towards the end of next year at the earliest.

Their project is being funded in part by the Biomedical Advanced Research and Development Authority (BARDA) of the US Department of Health and Human Services.

Prominent Europeans have joined a call by more than 140 public figures, including 50 former world leaders, for a “people’s vaccine”, amid fears of discrimination with some countries unable to afford a potential cure made in the Global North.

“Governments and international partners must unite around a global guarantee which ensures that, when a safe and effective vaccine is developed, it is produced rapidly at scale and made available for all people, in all countries, free of charge. The same applies for all treatments, diagnostics and other technologies for COVID-19,” the letter reads.

“We are calling on Health Ministers at the World Health Assembly to rally behind a people’s vaccine against this disease urgently.”

The World Health Assembly, the decision-making body of WHO, will meet virtually from May 18. 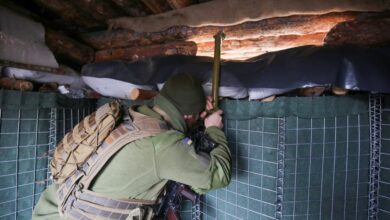