North Macedonia got a boost from European Commission President Ursula von der Leyen on Thursday for the country’s hopes of eventually joining the European Union amid a dispute with Bulgaria.

“We want you in the EU,” von der Leyen said in the Macedonian language in an address to North Macedonia’s parliament.

Von der Leyen pledged her backing for a French proposal that will pave the way for accession talks for the tiny Balkan country and eliminate Bulgaria’s objections.

“Bilateral issues, such are history issues, are not conditions for accession,” von der Leyen told North Macedonia’s parliament in an address. “There can be no doubt that Macedonian is your language.”

She added that that the French “proposal also respects your national identity,” and said that this is the time for North Macedonia to move forward.

The difficulty of selling the French compromise proposal was evident in the presence of thousands of protesters outside the parliament building who denounced it as a sellout. Even inside parliament, while most lawmakers stood respectfully and applauded von der Leyen, she was briefly interrupted by whistles and shouts.

The proposal, announced by French President Emmanuel Macron at the NATO summit in Madrid last month, envisages concessions from both sides. The government in North Macedonia would commit to changing its constitution to recognize a Bulgarian minority, protect minority rights and banish hate speech, as Bulgaria, an EU member since 2007, has demanded.

The ruling Social Democrats and Prime Minister Dimitar Kovacevski are backing the proposal as a reasonable compromise. The government believes the deal doesn’t endanger national interests or identity and unblocks the path for the country to join the EU.

But the center-right main opposition party, the VMRO-DPMNE, as well as others, disagree, saying the deal favors Bulgarian demands that question North Macedonia’s history, language, identity, culture and heritage and insists on changes in the deal, or a new one prepared by the Czech rotating EU presidency with the bloc’s input.

Political tensions in North Macedonia have been on the rise over the past 10 days, with several violent nightly protests.

Debate on the French proposal has begun with seemingly irreconcilable differences between the ruling leftist coalition and the center-right opposition.

Thursday’s protest outside Parliament, like the previous ones, has as its main slogan “Ultimatum-NO, Thanks.” The protesters are singing a national anthem and chanting “Never North, always Macedonia!” thus also calling into question the deal that North Macedonia reached with Greece in July 2018, ending a decades-old dispute over the country’s name and helping lift Greece’s objections to North Macedonia’s entering the EU and NATO.

Macron has stressed that the proposal doesn’t question the official existence of a Macedonian language, but he noted that, like all deals, it “rests on compromises and on a balance.”

North Macedonia has been a candidate for EU membership for 17 years. The country received the green light to begin accession talks in 2020, but no date for the start of the negotiations has been set.

Bulgaria has used its power as an EU member to block North Macedonia’s membership.

In Bulgaria, Prime Minister Kiril Petkov’s centrist government was toppled in a no-confidence vote on June 22. A junior governing partner quit the fragile four-party coalition, describing Petkov’s willingness to lift the veto of North Macedonia as a “national betrayal.”

Parliamentary debate is expected to last two days at least before the vote. But, while the ruling coalition, which just has a majority in parliament of 61 seats out of 120, can adopt it, it faces a major hurdle with the revision of the constitution to officially recognize a Bulgarian minority. This requires a two-thirds majority, or 80 votes. The VMRO-DPMNE coalition and a small leftist party, with 46 seats between them, have said they will never agree to change the constitution. 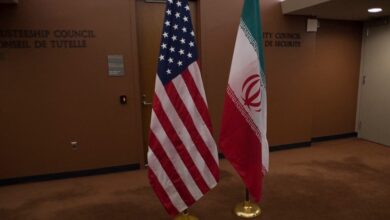 Ukraine war: What would a ‘rupture’ in US-Russia relations mean?