The top three chiefs of the EU’s institutions – its executive, parliament, and Council – are to visit Greece’s border with Turkey in support for Athens as it confronts a building migration crisis, European Commission President Ursula von der Leyen said Monday.

Greece has suspended asylum procedures to prevent thousands of migrants crossing its border from Turkey, whose President Recep Tayyip Erdogan is facilitating the flow to pressure the EU to support him as his forces escalate combat in Syria.

“I acknowledge that Turkey is in a difficult situation in regards to the refugees and migrants, but what we see now cannot be the answer and the solution,” von der Leyen said. 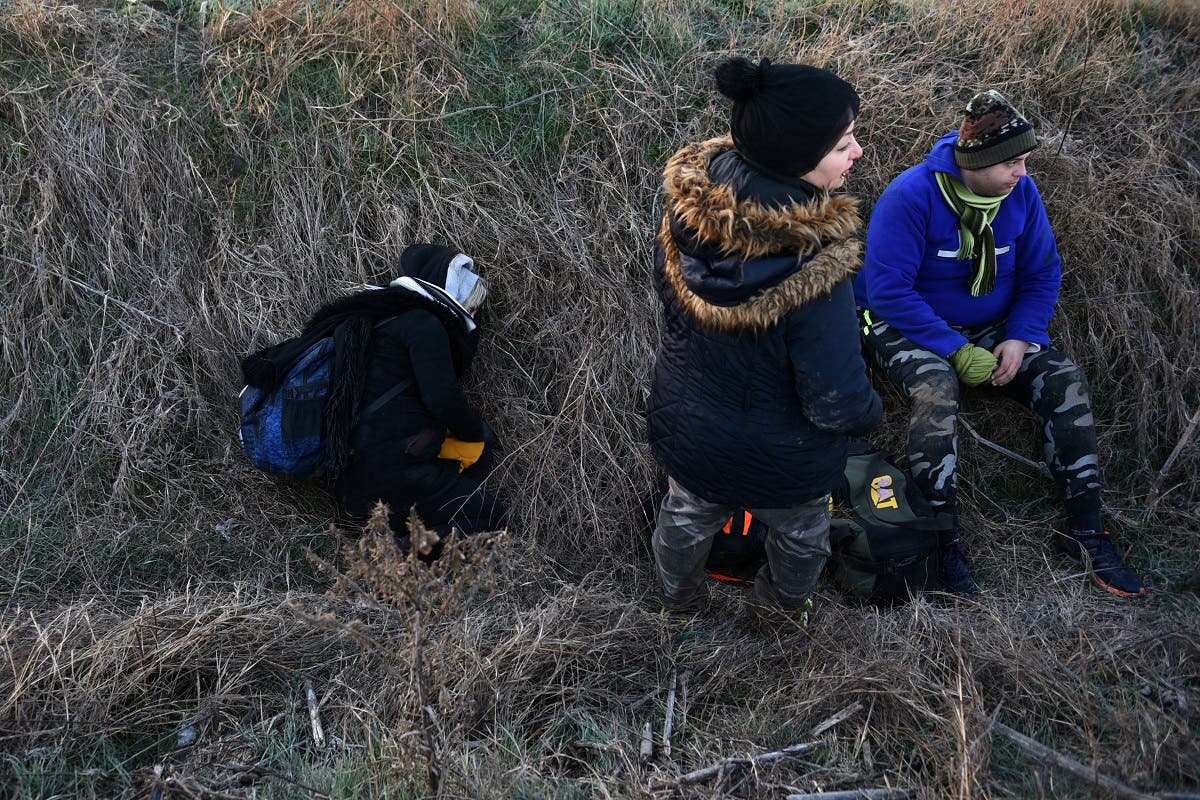 Migrants rest in a ditch, after crossing from Turkey to Greece, near the border crossing of Kastanies. (Reuters)

“The challenge that Greece is facing right now is a European challenge,” she added.