Fighting between Ethiopia’s military and regional forces from the northern Tigray region is seriously destabilizing the East African and Horn region and hostilities should halt, the European Union foreign policy chief said.

Hundreds of people have been killed since fighting began on Nov. 4, more than 41,000 refugees have fled to Sudan and there are reports of militias targeting civilians.

“I expressed my great concern regarding increasing ethnic-targeted violence, numerous casualties and violations of human rights and of international humanitarian law,” Josep Borrell said late on Tuesday after speaking to Ethiopia’s foreign minister.

A 72-hour government deadline for Tigray forces to surrender is due to expire on Wednesday evening. The Tigray People’s Liberation Front (TPLF), a political party spearheading the fighting, has rejected the ultimatum.

Ethiopia has described the fighting as an internal law enforcement matter, a position Prime Minister Abiy Ahmed reiterated in a statement on Wednesday. “We reject any interference in our internal affairs,” he said.

Borrel signaled his support for the African Union (AU) bloc’s attempts to mediate. “That is the only way forward to avoid further destabilization,” he said. 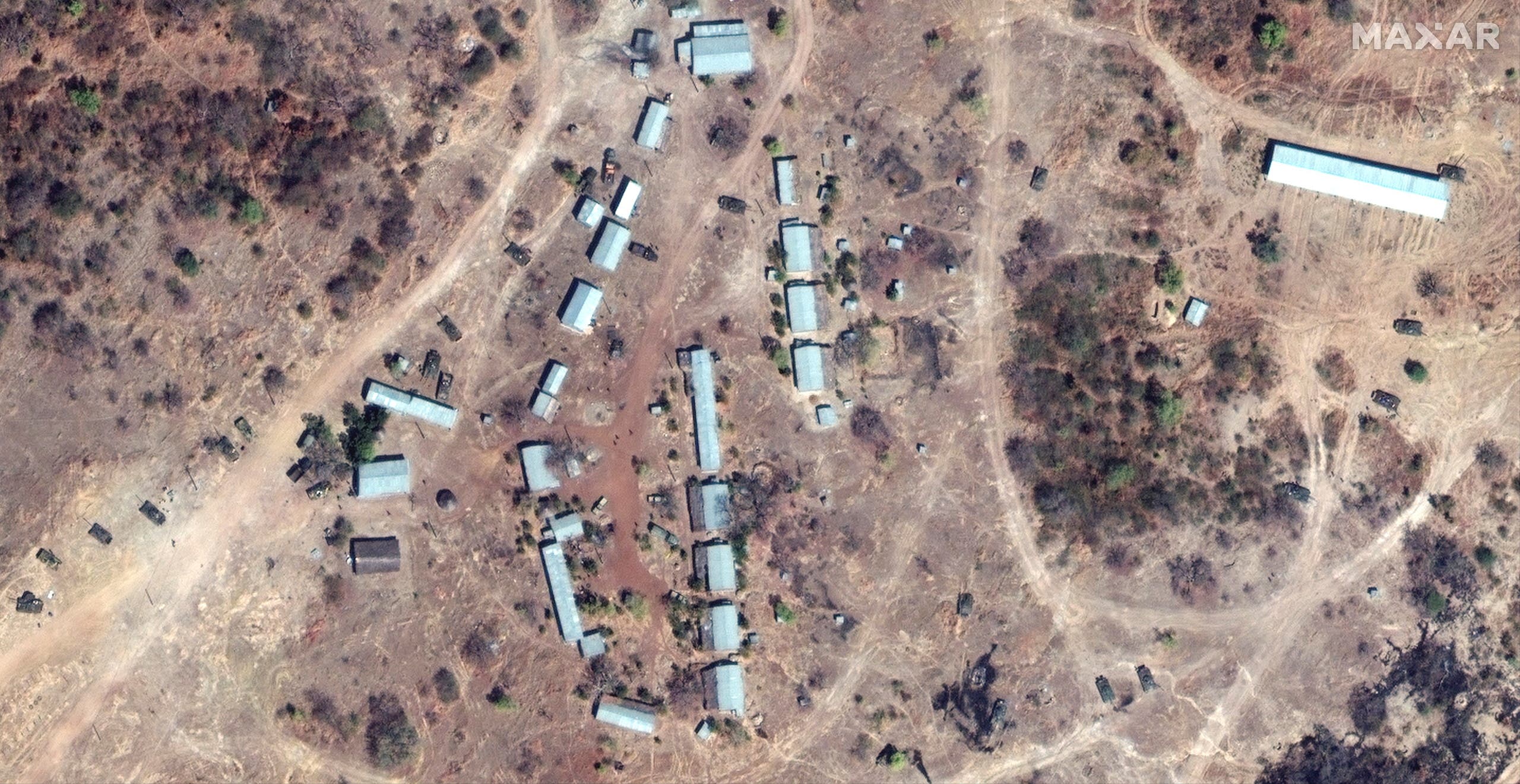 Tanks at a garrison northwest of Biher town in Ethiopia are seen in this satellite image taken November 18, 2020 and supplied by Maxar Technologies. (Reuters)

The conflict is impacting an already turbulent region.

Tigrayans forces have fired rockets at the neighboring country of Eritrea, and Ethiopian soldiers have been pulled from peacekeeping missions in Somalia and South Sudan. 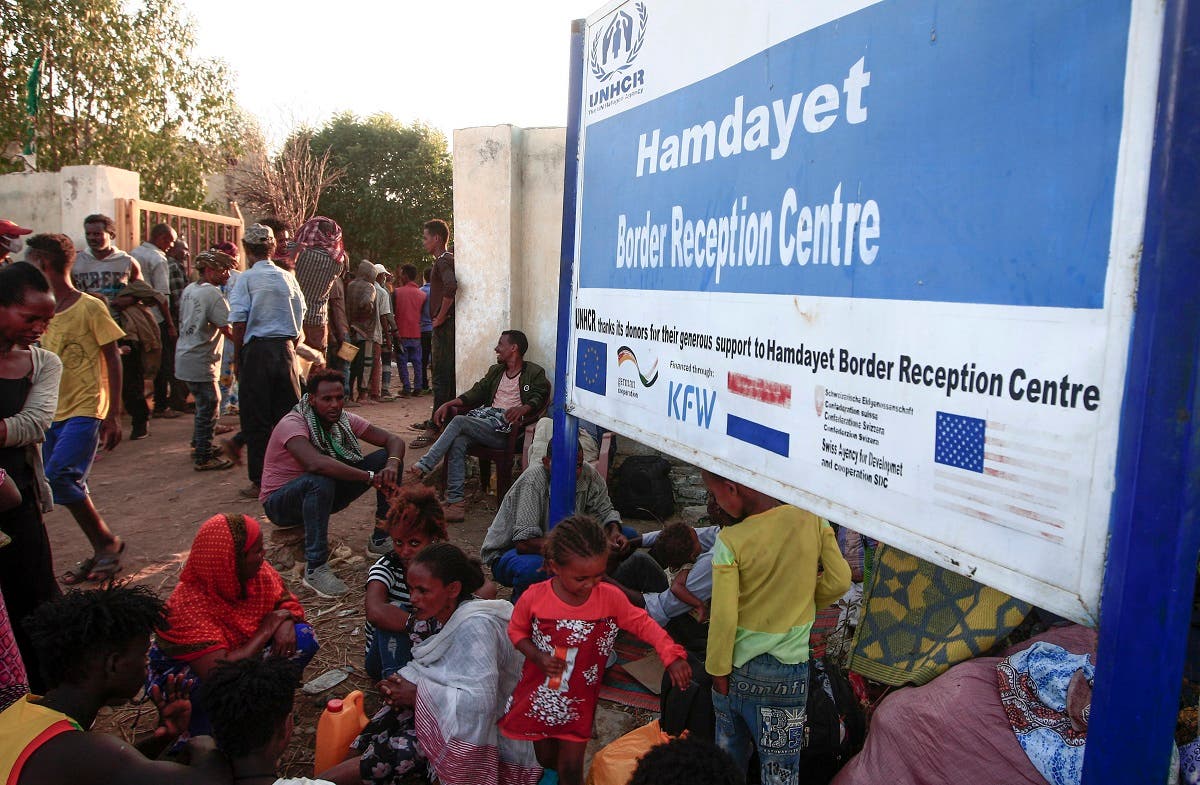 Ethiopian migrants who fled intense fighting in their homeland of Tigray, gather in the border reception center of Hamdiyet, in the eastern Sudanese state of Kasala, on November 14, 2020. (Ebrahim Hamid/ AFP)

Three soldiers of Tigrayan ethnicity were also sent home from a UN peacekeeping force in South Sudan, a diplomatic and security source told Reuters on Wednesday.

The UN mission in South Sudan said it was aware of the three soldiers’ repatriation, and that its human rights division was following up. Although Ethiopia is ultimately responsible for the conduct and movement of the roughly 2,000 troops it had in South Sudan, the statement said, discrimination due to ethnicity could violate international law.

“In this regard, UNMISS has requested access to any soldier who might be in need of protection under international law.”

Billene Seyoum, a spokeswoman for the Ethiopian prime minister’s office, told Reuters that the situation in South Sudan “would be the same” as Somalia, meaning soldiers sent home were under investigation for links to the TPLF.

On Tuesday, Ethiopia’s state-appointed human rights watchdog accused a Tigrayan youth group of killing about 600 civilians as federal and local forces both claimed advances in the war.

Reuters has been unable to verify statements made by either side since phone and internet connections to Tigray are down and access to the area is strictly controlled.

Long lines of cars were forming in front of gas stations in Mekelle, the Tigray regional capital, according to satellite images taken on Nov. 23 and provided to Reuters by Maxar Technologies. Petrol has been rationed in Tigray since the conflict begun.

Images taken the same date showed Ethiopian troops in the historic town of Axum and trenches that had been dug across the runway of the local airport.