Dozens of children are still waiting to be reunited with their families after crossing into Sudan alone to flee conflict in Ethiopia’s Tigray region, aid agencies said, warning that they could be at risk of abuse, trafficking and child labor.

More than 58,000 Ethiopian refugees have crossed into Sudan – about a third of them children – since fighting erupted in the northern region in November between federal troops and the Tigray People’s Liberation Front (TPLF).

The UN refugee agency (UNHCR) said more than 100 unaccompanied minors had been reunited with their families since the beginning of the conflict, but roughly the same number were still on their own in Sudan at the end of last year.

“Children travelling alone with no protection from an adult are more exposed to exploitation, trafficking and different types of abuse,” said Vanessa Coeffe, senior child protection manager at the International Rescue Committee (IRC).

Aid workers said the additional movement of refugees from transit centers to camps in Sudan had complicated ongoing tracing efforts. Since early January, the UNHCR has moved thousands of refugees to the new Tunaydbah camp. 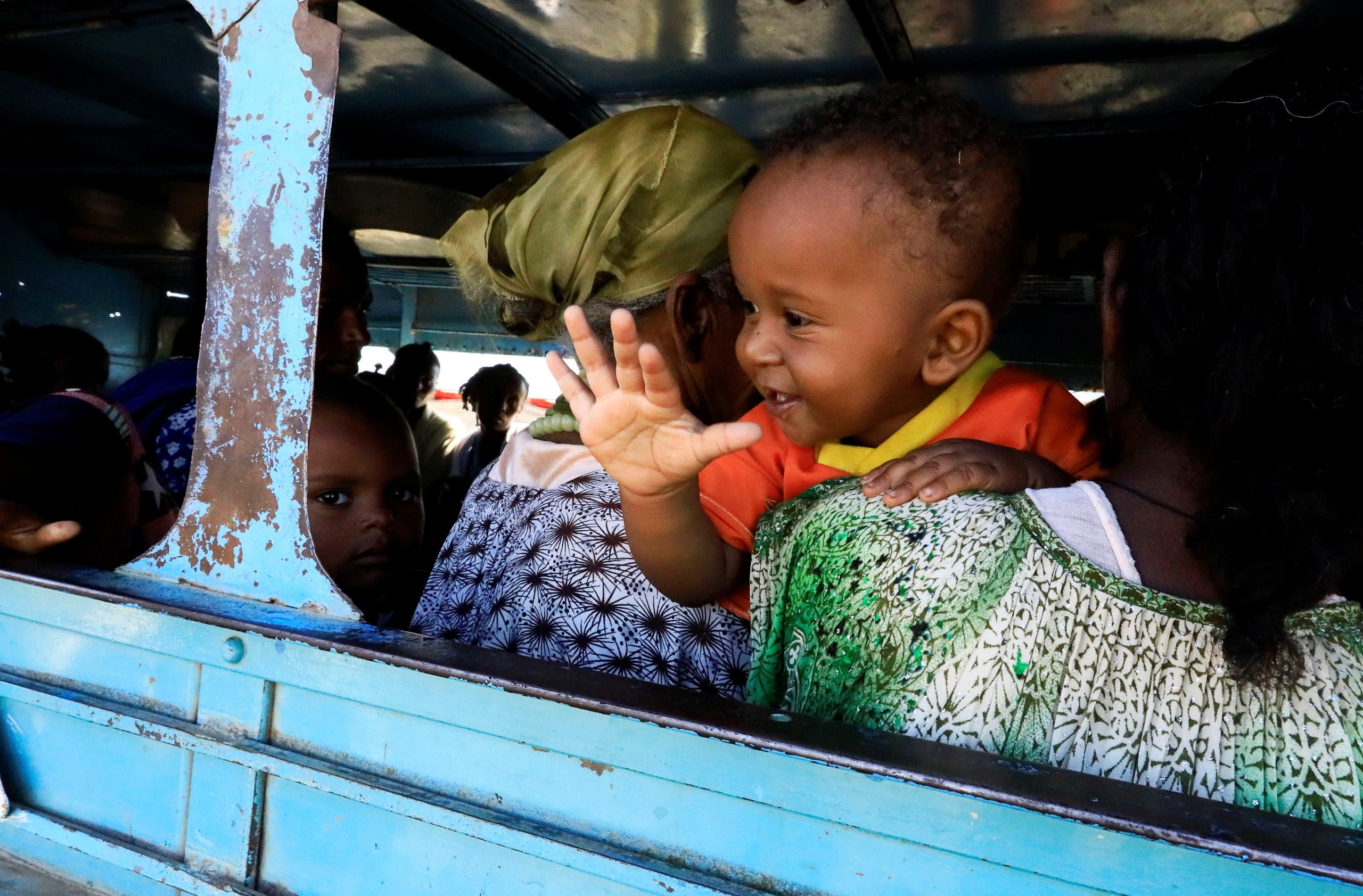 An Ethiopian refugee who fled Tigray region holds a child inside a courtesy bus at the Fashaga camp, as they are transferred to Um-Rakoba camp on the Sudan-Ethiopia border, in Kassala state, Sudan. (Reuters)

Bakary Sogoba, child protection specialist at the UN children’s agency (UNICEF) in Sudan, said the lack of access to Tigray – where some of the children’s relatives remain – could present a further challenge to family reunification work.

In the meantime, aid workers said it was crucial to look into alternative care options for children – some of them traumatized – whose parents could still not be found.

“As responders, (we need) to make sure that there is prevention, that there is awareness and that there are ways of seeking recourse and assistance,” Krstic told the Thomson Reuters Foundation.

“We need to do more but all of the prevention measures that are usual in such emergency situations are being set up.” 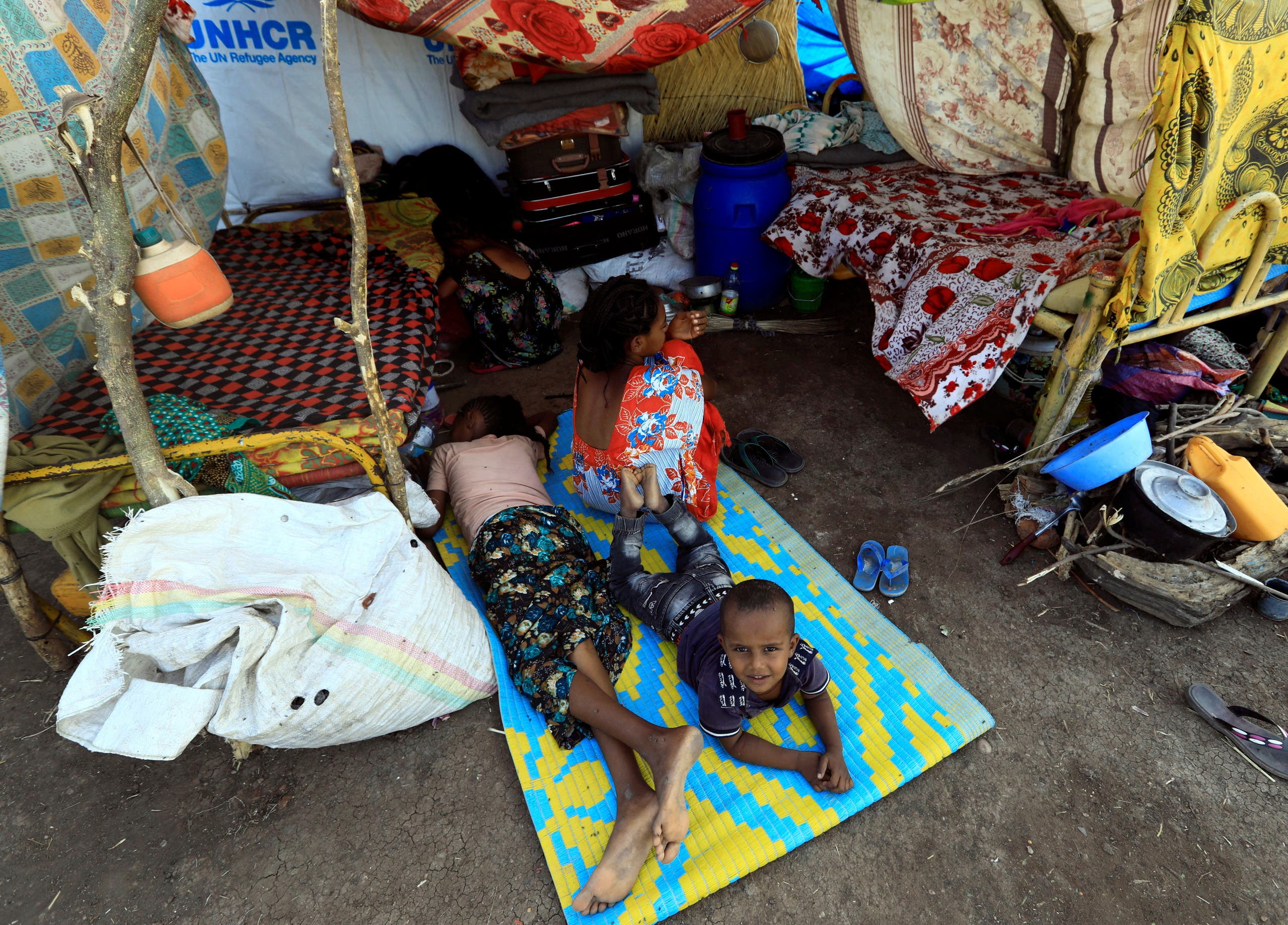 Ethiopians who fled the ongoing fighting in Tigray region, sit and lay in their makeshift shelter in the Hamdayet village, in eastern Kassala state, Sudan. (Reuters)

Some unaccompanied and separated children have already been placed in foster care or communal centers, while child-friendly spaces and temporary learning centers have been set up in camps.

“A strong network of able social animators and social workers – when possible also within the same refugee community – is pivotal to keep the children safe from risks such as abuse or exploitation,” said Giulia Raffaelli, senior external relations officer at UNHCR in Sudan.

Still, the IRC voiced concern that the lack of services, education and safe areas for children in the new Tunaydbah camp had pushed some refugees into child labor.

Fighting is still going on in several parts of Tigray and almost 2.3 million people, or nearly half of the region’s population, need aid, a UN report said last week. 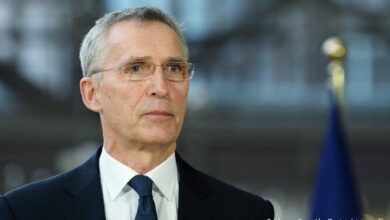