Ethiopian forces have recaptured the strategic towns of Dessie and Kombolcha from Tigrayan fighters, the government said, the latest sign of the government retaking territory it recently lost.

Forces aligned with the Tigray People’s Liberation Front (TPLF) had taken control of the towns, in the Amhara region, just more than a month ago.

“The historic Dessie city and the trade and industry corridor city, Kombolcha have been freed by the joint gallant security forces,” the government communications service said on Twitter, the latest in a round of territorial gains claimed by Prime Minister Abiy Ahmed’s administration.

TPLF spokesman Getachew Reda did not immediately respond to a request for comment.

On Wednesday, the government announced that pro-Abiy forces had recaptured the UNESCO World Heritage Site of Lalibela, which had fallen to Tigrayan fighters in August.

In a statement on Sunday, the leader of the TPLF, Debretsion Gebremichael, denied the government was scoring big victories, saying the rebels were making strategic territorial adjustments and remained undefeated.

“This has really hit the Tigrayan supply lines and meant that they had to give up on those offensive ambitions,” he said.

Davison said government forces will try to drive Tigrayan rebels back into Tigray.

“Certainly Tigrayan commanders and leaders had expressed a lot of confidence about their position. So it wouldn’t be a massive surprise if, despite these setbacks, they were able to recover – and unfortunately that would mean this war dragging on for many months,” he added.

The conflict, which erupted in November 2020, took a sharp turnaround at the end of October this year, when the TPLF claimed to have captured Dessie and Kombolcha.

Since then, fears of a rebel march on Addis Ababa have prompted countries such as the United States, France, and the United Kingdom to urge their citizens to leave Ethiopia as soon as possible, although Abiy’s government says TPLF gains are overstated and the city is secure.

The war broke out when Abiy sent troops into the northernmost Tigray region to topple the TPLF government – a move he said came in response to rebel attacks on army camps.

But the rebels mounted a comeback, recapturing most of Tigray by June, including the regional capital Mekelle, before expanding into the neighbouring regions of Amhara and Afar.

The fighting has killed thousands of people, displaced more than two million and driven hundreds of thousands into famine-like conditions, according to United Nations estimates. 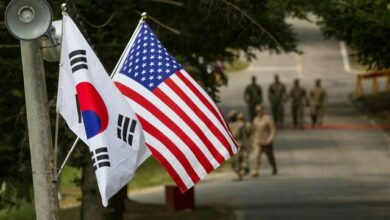