The Danish Refugee Council (DRC) reported the deaths of three security guards, while the International Rescue Committee (IRC) said one of its staff members was killed.

An estimated 600,000 people in Tigray, including 96,000 refugees from neighbouring Eritrea, were dependent on food aid before the fighting began.

A communications blackout imposed by the government, combined with tight restrictions on access to Tigray, made it difficult for aid agencies to confirm the whereabouts and safety of their staff in the area.

The DRC said it was “deeply saddened to confirm the death of three colleagues”, adding that its “workers are at the forefront of the humanitarian imperative to provide assistance to those in need”.

“Sadly, due to the lack of communications and ongoing insecurity in the region, it has not yet been possible to reach their families,” a DRC statement said.

In a separate statement, the IRC said it “regrets to confirm the killing of a staff member in Hitsats Refugee Camp in Shire”.

“Communication with the area is extremely difficult and we are still working to gather and confirm the details surrounding the events,” said the IRC.

Despite Abiy’s declaration of victory on November 28, the United Nations and aid agencies have said fighting continues.

Aid agencies also said blocked access, bureaucratic delays and violence against staff are hampering aid deliveries to a region where hundreds of thousands of people living there required food aid before war broke out.

But Ethiopia’s government on Friday denied the allegations in a statement from the prime minister’s office saying that some aid had already been sent and that there were no delays due to fighting.

“Suggestions that humanitarian assistance is impeded due to active military combat … within the Tigray region is untrue and undermines … work to stablise the region,” the statement from the Prime Minister’s office said.

“Sporadic gunfire exchanged with the retreating remnants of the militia … need not be misconstrued as active conflict.”

On Wednesday, the UN human rights chief warned the situation is “spiralling out of control with appalling impact on civilians” and urgently needed outside monitoring.

This was after Ethiopia rejected calls for independent investigations into the deadly fighting in its Tigray region, saying it “doesn’t need a babysitter”.

Senior government official Redwan Hussein told reporters on Tuesday that Ethiopia will invite assistance only if it feels that “it failed to investigate”.

To assume it cannot carry out such probes “is belittling the government”, he added. American embassy attack brings US presence in Iraq back to spotlight 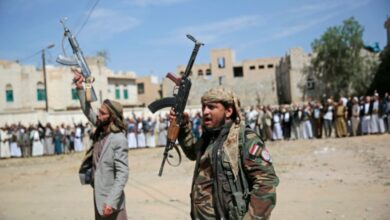