Turkey will strike Syrian government forces “anywhere” if one more Turkish soldier is hurt and could use airpower if need be, President Recep Tayyip Erdogan has said.

Addressing the country’s parliament in Ankara on Wednesday, Erdogan said Turkey is determined to push Syrian government forces beyond Turkish observation posts in the northwestern Idlib region by the end of February.

“We will do this by any means necessary, by air or ground,” he said.

Turkey has set up 12 observation posts in the last rebel-held stronghold in Syria as part of a 2018 deal with Russia, which backs Syrian President Bashar al-Assad.

This month, it has poured thousands of troops and convoys of military vehicles across the border into Idlib, including tanks, armoured personnel carriers and radar equipment, to bolster its existing military positions.

Syrian government attacks have killed 13 Turkish military personnel in Idlib this month, prompting a deadly response from Ankara amid concerns over an escalation of violence in the country’s nearly nine-year war.

On Tuesday, Erdogan said the Syrian government will pay a “very heavy price” for attacking Turkish troops in Idlib.

Ankara has said it retaliated for both attacks, destroying scores of Syrian targets.

Turkish-backed rebels have mobilised to push Syrian government forces out of Idlib, Erdogan said, adding that they must remain disciplined.

“We have given the message that we will act without compromise to those from the opposition groups who act in an undisciplined way and give the regime an excuse to attack,” he said.

With backing from Russia, Syrian troops have been on the offensive for weeks in Idlib province and parts of nearby Aleppo, triggering a humanitarian crisis with some 700,000 people fleeing their homes. Hundreds of civilians have also been killed, according to the United Nations.

Much of the fighting in the past week has focused on the M5 highway, which links the former economic hub of Aleppo in the north to the capital Damascus in the south.

Both Ankara and Moscow agreed in September 2018 to turn Idlib into a so-called de-escalation zone where acts of aggression are expressly prohibited.

The Syrian government and its allies, however, have consistently broken the terms of the ceasefire – including a ceasefire that started on January 12 – launching frequent deadly attacks inside the zone. 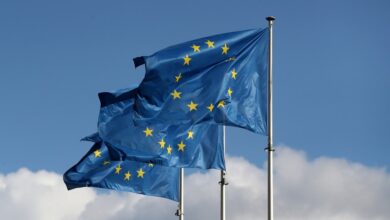