The presidents of Turkey and Russia have “voiced concern” about the escalation of tensions in northwest Syria, a day after dozens of Turkish soldiers were killed in air raids by Moscow-backed Syrian government forces.

Nearly a million people have been forced from their homes in Idlib since the Syrian government launched its offensive to capture the province from Turkey-backed opposition forces in December – a crisis the United Nations has called a “man-made humanitarian nightmare”.

The rapid advance of the Syrian government forces, backed by Russian airpower, and the deaths of the 33 Turkish troops on Thursday have raised fears of a direct military confrontation between Ankara and Moscow. The toll from Thursday’s attack was the biggest military loss Ankara has suffered in one day since it intervened in Syria in 2016.

As tensions escalated, Erdogan and Putin spoke on the phone at Turkey’s initiative, according to the Kremlin.

“Both sides reaffirmed that it was necessary to adopt additional measures in order to normalise the situation in northwestern Syria,” the Kremlin said. “They agreed to step up the corresponding interagency consultations and to examine the possibility of soon holding a meeting at the highest level.”

A summit could take place between the two leaders as early as next week, a spokesman for Putin said afterwards. Meanwhile, a spokesman for Turkey’s foreign ministry said Ankara demanded a “sustainable truce, de-escalation and withdrawal of Syrian government forces” at talks with a Russian delegation in Ankara. 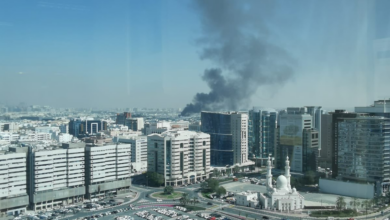 A year after Bashir’s removal, Sudan still has a long road ahead