Thousands of worshippers turned out in Istanbul’s central Taksim Square on Friday to mark the inauguration by President Recep Tayyip Erdogan of an imposing, and controversial, new mosque.

The opening fulfilled a long-held ambition by various governments since the 1950s to build a Muslim place of worship in the square, often thought of as a symbol of Turkey’s founding father Mustafa Kemal Ataturk’s secularism.

The inauguration also coincided with the anniversary of massive anti-government protests, which began in the nearby Gezi Park on May 28, 2013, due to government construction plans.

Screens in the square showed the first prayers at the mosque, which looms over a bronze and marble statue depicting Ataturk, while worshippers sat on disposable paper prayer mats.

While municipality workers handed out masks and sanitiser, the was little social distancing among the thronging crowds – even though Turkey has recently come out of its strictest COVID-19 lockdown yet.

Erdogan’s arrival was met with applause as he waved to the crowd before heading inside.

“No one was able to do it – only Erdogan. He’s a special man for me. Taksim Square has a very beautiful view right now – I wish they could have built this mosque 50 years ago,” he said.

In a speech, Erdogan said he hoped it would “illuminate our city like an oil lamp for centuries to come”.Taksim is the focal point of life on the European side of Istanbul – it connects with the main shopping street, Istiklal, and typically buzzes with shoppers, tourists, workers and partygoers.

The area was home to Istanbul’s religious and ethnic minorities during the Ottoman era and there are several churches in the vicinity, including the city’s largest Greek Orthodox church, but few large mosques.

“We did not have enough mosques around here, so this is good,” said Canan Kurtoglu, 53, who attended the prayers and works for the subcontractor who built the mosque’s doors.

For critics, however, the new landmark’s 28-metre-wide dome and two towering minarets loom over the square as an effort by Erdogan, whose ruling Justice and Development (AK) Party has been in power since 2002, to impose a religious and conservative dominance over the area.Soner Cagaptay, director of the Turkish research programme at the Washington Institute for Near East Policy, said on Twitter that by “patronizing large, symbolic mosques in the city of his birth … Erdogan appears determined to leave his indelible mark on Turkey”. 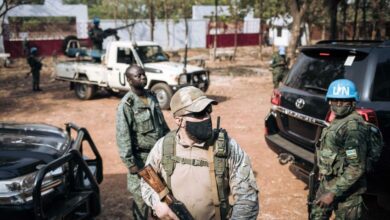