“We talked about the payment of $1.4 billion made before during our discussions. We talked about F-16s and the modernization of the F-16s we currently have… I have seen a positive approach by Biden,” Erdogan told reporters.

Erdogan and Biden met on the sidelines of the G20 summit in Rome. The White House said Biden “underscored his desire to maintain constructive relations, expand areas of cooperation, and manage disagreements effectively.”

The US removed Turkey from the F-35 joint strike fighter program in 2019 over its concerns because of Ankara’s purchase of Russia’s S-400 missile defense system.

Erdogan had said earlier this month that his country was in talks with the US to buy F-16 fighter jets instead of the F-35.

However, the US did not confirm that it offered Turkey the sale of F-16 fighter jets but said that it has not made Turkey a financing offer for the warplanes.

The Turkish president also stressed that Ankara is determined to recoup $1.4 billion paid to the US for F-35 fighter jets Washington blocked it from buying. 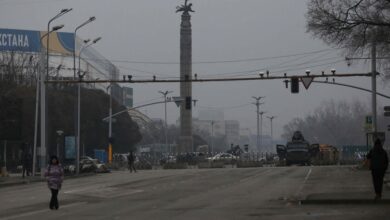 Turkey slams US statement on planned resettlement of Afghans