Liverpool footballer Mohamed Salah has called on world leaders to “do everything in their power” to end the killing of innocent people, in what appeared to be a reference to rising tension in Palestine where at least 28 people, including children, have been killed by Israeli attacks.

Salah’s appeal came as the Israeli military continued its bombardment of the besieged Gaza Strip on Tuesday, targeting several areas after rockets were fired from the enclave.

In a tweet on Tuesday, Salah specifically called on Britain’s Prime Minister Boris Johnson “to make sure the violence and killing of innocent people stops immediately”.

“I’m calling on all the world leaders including on the Prime Minister of the country that has been my home for the past 4 years to do everything in their power to make sure the violence and killing of innocent people stops immediately,” Salah said on Twitter.

The 28-year-old Egyptian football star has more than 14.3 million followers on Twitter and his tweet was shared thousands of times within minutes.

He published the tweet shortly after posting a picture of himself at the Dome of the Rock in the Al-Aqsa Mosque compound in occupied East Jerusalem.

The Palestinian health ministry in Gaza said the number of victims from overnight Israeli strikes on Gaza reached 28, including 10 children and one woman. Another 152 people were also injured. 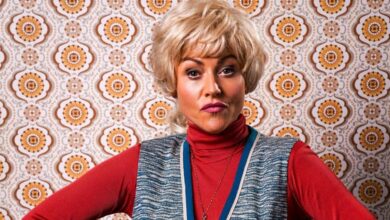 Serena Williams suggests upcoming US Open could be her swansong

Time magazine names Elon Musk its Person of the Year