Eni said on Tuesday it had started proceedings to open two accounts, one in euros and the other in rubles, to pay for Russian gas but added it was doing so on a precautionary basis.

“The company is going to temporarily open the two accounts without prejudice to its contractual rights, which still envisage payment in euros,” Eni said in a statement.

State-controlled Eni said its decision had been taken in concert with the Italian government and in compliance with the sanctions framework.

Eni faces a deadline to pay Russia’s state-owned Gazprom around May 20, after Moscow at the end of March demanded foreign buyers start to pay for gas in rubles or risk losing supply.

Countries and companies have for weeks been demanding clarity from the European Commission on how they can proceed with payments without breaching sanctions put in place after Russia’s invasion of Ukraine.

Eni said, as requested by the European Commission, it had clarified with Gazprom from the beginning that it considered its obligations satisfied upon the transfer of euros.

In updated guidance on Friday, the Commission confirmed its previous advice that companies can still pay for Russian gas, so long as they do so in the currency agreed in their existing contracts and declare the transaction completed when that currency is paid.

EU sanctions do not prevent companies from opening an account at a designated bank, it added.

But a European Commission spokesperson said on Tuesday that opening an account in rubles at Gazprombank would breach the EU’s sanctions regime. 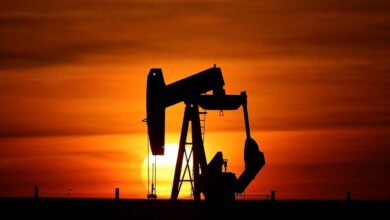 Saudi Arabia is a market that startups ‘really want to focus on:’ Jack Selby