Israel’s Energy Minister on Thursday held for the first time a video conference call with his counterparts in the United Arab Emirates, Morocco, Sudan and Bahrain, according to a statement from his office.

Israeli Energy Minister Yuval Steinitz said the ministers spoke about the recently normalized ties between the countries and how it could impact sectors including oil and gas, renewable energy and research and development, according to the statement.

The UAE and fellow Gulf state Bahrain in September became the first Arab states in a quarter of a century to sign agreements to establish formal ties with Israel, forged largely through shared fears of Iran. 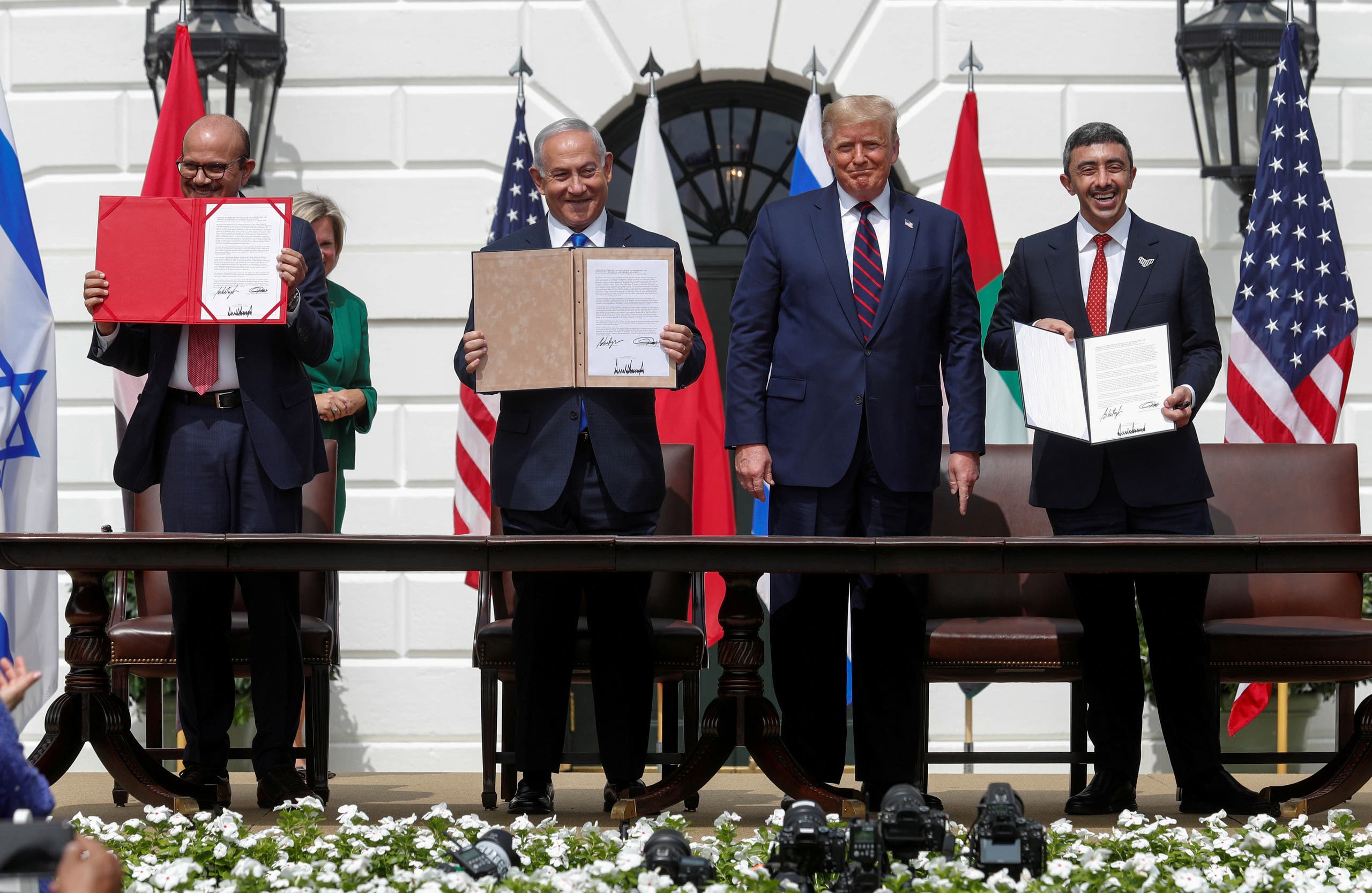 The signing of the Abraham Accords, normalizing relations between Israel and some of its Middle East neighbors, Sept. 15, 2020. (Reuters)

Morocco and Sudan followed suit with the mediation of Washington and the Trump administration.

Israel and the UAE have already signed several commercial deals since mid-August, when they first announced they would normalize ties, including commercial flights between the two.

Also on the call were energy ministers from the United States and Egypt. Cairo made peace with Israel in 1979.

“The ministers discussed how diplomatic relations between the countries could revolutionize national security, economic prosperity and adding content to the peace agreements, including investments in energy research and development, deploying infrastructure and technology,” the statement said.