Emma Stone has been spotted cradling her burgeoning belly while out on a walk in Los Angeles.

The A-list actress, 32, still has yet to address widespread rumors she’s expecting a baby with husband Dave McCary, who she married in secret last year. However, a source told E! News that Stone is indeed expecting.

The Easy A actress kept it casual and sleek for her walk on December 30.

She wore an all black outfit with leggings and a tight flitted shirt that accentuated her belly, with a cap and sneakers.

Stone wore a mask and held a reusable water bottle as she kept up with her female friend. Every now and then she would pull down the mask for some fresh air or a sip of water.

Reps for Stone refused to comment when approached by DailyMail.com.

The sighting comes after it was revealed last month that Stone had dropped out of an upcoming film featuring Brad Pitt.

She left the cast after an apparent scheduling conflict. But perhaps the ‘conflict’ is taking time to raise her first child.

According to Deadline, Australian actress Margot Robbie, 30, is now being lined up by producers to swiftly replace Stone.

The movie was supposed to begin filming in Los Angeles before the coronavirus pandemic put a halt to plans, so it’s likely the change in filming dates created a conflict.

Distributed by Paramount, Babylon is currently slated for a Christmas Day 2021 release.

Stone and husband Dave McCary are notoriously private with their personal life.

In September, DailyMail.com spotted the couple wearing matching gold bands on their ring fingers as they took a walk.

The actress and the SNL alum, 35, announced their engagement in December 2019 in a sweet social media post, as Stone showed off her stunning diamond and pearl ring.

They were reportedly supposed to have their wedding in mid-March, but had to call it off due to the coronavirus pandemic.

But in May, Stone had swapped out her engagement ring for a simple gold band, leading to speculation that she and McCary had secretly tied the knot.

Those pictures prompted the rumors that Stone was pregnant, as she was seen dressed in baggy overalls with an apparent bump.

Last May rumors first flew that Stone had secretly gotten married to McCary when she sported a wedding band during a YouTube appearance with Reese Witherspoon.

She dropped a further hint that she may now be a married woman when Dr Harold Koplewicz, who was also on the chat, asked her about marrying an ‘anxious man’.

He said: ‘If you marry an anxious man, you’re going to have to know me the rest of my life.

While Emma reassured him and said: ‘Thankfully I didn’t do that.’

Emma met the former segment director on Saturday Night Live back in 2016 when she hosted the late-night sketch show.

The actress was set to walk down this aisle in Los Angles in March but decided to hold off due to the coronavirus pandemic, according to Page Six.

Gwen Stefani Pulls Her Edgy Style Out of the Bag 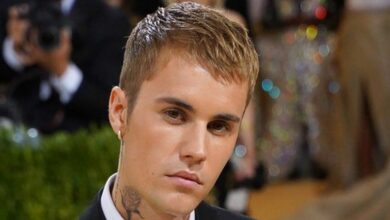 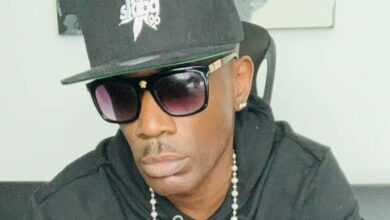