“With Starlink, SpaceX plans to bring high-speed, low-latency broadband internet to people across the globe, particularly to places where connectivity has been unreliable, too expensive or even completely unavailable,” said Lauren Lyons, a SpaceX Starlink engineer.

“Our goal is to start offering service in the northern United States and Canada later this year, expanding to a near-global constellation after another 22 launches.”

Up until Monday’s launch at 9:19pm Eastern US time (02:19 GMT on Tuesday), Planet, an earth-imagery company with headquarters in San Francisco, California, held the title of operating the most commercially-owned satellites in orbit, with a total of “about 140 “.

With this launch, SpaceX’s satellite broadband project Starlink snatched the banner by now operating 180, a satellite mega constellation. This was the third Starlink launch since May and will create an even bigger lead between SpaceX and its closest competitors in the still-nascent satellite broadband sector.

Potential impact
Roughly half of the world’s population, some four billion people, still lack access to the internet, according to the World Bank. Connecting them is potentially costly and technically challenging because many of the people who do not have internet access live in low-income, rural or secluded areas or face other technical challenges.

“Starlink and the other mega-constellations are potentially disruptive,” David Bain, vice president of Standards for the Telecommunications Industry Association, told Al Jazeera.

“I am intrigued by the potential of [satellite] mega-constellations to enable the free flow of information in countries that simply don’t have enough bandwidth, or have central governments or operators that block and throttle services like Facebook, LinkedIn, Skype, WhatsApp, Google, et al.”

The World Bank has said the digital economy is responsible for just below a quarter of the global gross domestic product (GDP).

The launch schedule
In 2019, SpaceX, based in Hawthorne, California, performed a total of 13 launches, or roughly one launch a month. After Monday, SpaceX plans to launch three more missions this month – two more taking Starlink payloads, and another testing its Crew Dragon capsule, which has been designed to transport astronauts to and from low-earth orbit, scheduled for January 18.

Monday night’s launch marks another first: the US Space Force’s inaugural launch support mission. In December the Cape Canaveral-based 45th Space Wing was reassigned to the US Space Force, the US military’s sixth and newest branch.

It is also notable that the Falcon 9 rocket that SpaceX used blasted off on its fourth trip up and is due to return to Earth, touching down on the landing barge, named Of Course I Still Love You.

Just the beginning
The combination of firsts and technical feats would lead anyone to believe that Monday night’s launch was exceptional. In actuality, this is only the beginning.

The US Federal Communications Commission has granted Musk permission to operate 12,000 Starlink satellites. In October the International Telecommunication Union confirmed Musk is seeking approval for a mega-constellation – an additional 30,000 broadband carrying satellites.

SpaceX’s nearest competition, OneWeb, has six broadband satellites and plans to launch 30 by the end of January. Google, LeoSat Enterprises, and Jeff Bezos’s Project Kuiper are all in earlier stages of development. 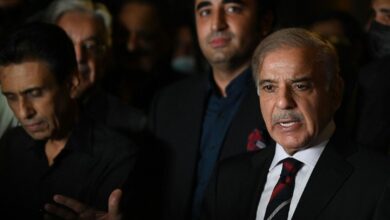