There has been an “almost overwhelming” response to the launch of the new all-electric Hummer, with Middle East dealerships ready to take as many as possible, a General Motors executive told Al Arabiya English.

The 1,000 horsepower electric truck that boasts a 0-60 speed of just three seconds has already sold out in the US, President of GM International Steve Kiefer said.

“The reaction has been incredible, almost overwhelming,” Kiefer explained. “I hosted our dealers from around the region yesterday [Monday] and every one of them is just ready to take as many as they can.

“I just wish I could make more of them sooner. Right now, there’s just incredible excitement around,” he added.

Kiefer also noted the fondness that many customers in the Middle East had for the Hummer brand when General Motors sold previous iterations of the truck in the region.

The launch of the new Hummer was announced on Monday along with 12 other new electric vehicles. Other models include the luxury SUV Cadillac Lyriq and the Chevrolet Bolt.

General Motors plans to introduce a total of 30 new electric vehicles by 2025 including what Kiefer described as an affordable model comparable to the Chevrolet Equinox, which costs around $31,000 according to the Chevrolet website.

The new electric vehicles are being manufactured in a Detroit, Michigan plant that was slated for closure in 2018, the Detroit News reported.

General Motors eventually decided against demolition and invested $2.2 billion into the plant to transform it into an electric vehicle factory, rebranded Factory Zero.

The Hummer was launched at the factory at an event attended by President Joe Biden who took the truck for a spin and lauded the job creation possibilities that electric vehicle production could bring.

“It was really quite iconic and important that we were able to do it in our hometown of Detroit, Michigan,” Kiefer said.

“For it to find new life to be completely refurbished is extremely exciting.”

The Hummer is expected to be available in the Middle East in the fourth quarter of 2022, with the Cadillac Lyriq following shortly afterwards. 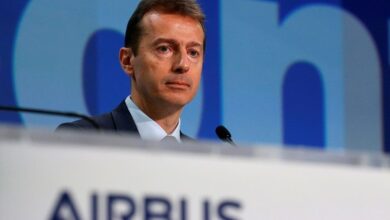