Egypt’s annual urban consumer price inflation accelerated in March to 10.5 percent, its highest in nearly three years and faster than analysts had expected, data from the state statistics agency CAPMAS showed on Sunday.

The inflation figure, up from 8.8 percent in February, was greater than a median forecast of 10 percent in a Reuters poll of 14 analysts.

The price increases were caused in part by commodity shortages after the Russian invasion of Ukraine, sending inflation above the central bank’s 5-9 percent target and its 9.25 percent overnight lending rate.

Some analysts expect inflation to increase by even more in the months ahead.

“The rise in inflation trends is widely expected and will peak by August 2022, after which it will start to normalize,” said CI Capital’s Radwa El Swaify.

“Accordingly, we expect monthly inflation to peak in April to record annual inflation between 12.5-13 percent, which reflects higher petroleum products prices,” she said.

Naeem Research said the increase was largely attributable to higher commodity prices and devaluation of the currency on March 21.

“With the full impacts of the Egyptian pound depreciation (of 15 percent versus the US dollar) expected to filter down into the economy, we expect inflation to rise further in April,” it said in a note. 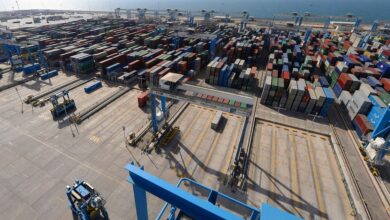 US adds 194,000 jobs in September as Delta hits hiring Oil tumbles further as demand evaporates due to coronavirus shock