Egypt’s parliament authorised the deployment of troops outside the country on Monday after the president threatened military action against Turkish-backed forces in neighbouring Libya.

The parliament unanimously approved “the deployment of members of the Egyptian armed forces on combat missions outside Egypt’s borders to defend Egyptian national security … against criminal armed militias and foreign terrorist elements”, it said in a statement.

The deployment would be made on a “western front” – a likely reference to western neighbour Libya. The move could bring Egypt and Turkey – which support rival sides in Libya’s chaotic proxy war – into direct confrontation.

Egypt, alongside the United Arab Emirates and Russia, backs eastern-based military commander Khalifa Haftar, who abandoned an offensive on the capital last month after Turkey stepped up support for Tripoli.

Cairo has flown air strikes on armed groups in Libya since the toppling of Muammar Gaddafi in 2011 plunged the oil producer into chaos.

It has also supported Haftar, an ex-Gaddafi general, since 2014 when he assembled a force in eastern Libya, according to UN reports. But sending ground-combat troops would be a major escalation.

Egypt’s House of Representatives, packed with supporters of President Abdel Fattah el-Sisi, approved the plan after a closed-door session where deputies discussed “threats faced by the state” from the west, where Egypt shares a porous desert border with war-torn Libya.

Stephanie Williams, acting head of the UN support mission in Libya, on Monday called for an “immediate ceasefire … to spare the 125,000 civilians who remain in harm’s way and for an end to the blatant violations of the UN arms embargo”.

Her comments came following her meeting on Sunday with the president of neighbouring Algeria, Abdelmadjid Tebboune.

Turkey, meanwhile, demanded an “immediate” end to the support for Haftar in Libya after trilateral talks held in Ankara between Libyan, Turkish, and Maltese officials on Monday.

“It is essential that all kind of help and support given to putschist Haftar – which prohibits ensuring Libya’s peace, tranquillity, security, and territorial integrity – ends immediately,” Turkish Defence Minister Hulusi Akar said.

Egypt’s president warned in June that any attack on Sirte or the inland al-Jufra airbase would prompt Cairo to intervene militarily, purportedly to protect its western border with Libya.

The GNA denounced Egypt’s threat of military intervention in the North African nation, labelling it a “declaration of war”.

Qatar’s state minister for defence affairs met on Monday with the Turkish defence minister and Libya’s minister of interior to discuss the latest developments in Libya, Qatar’s defence ministry said. 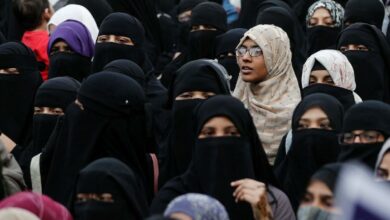