The rate remains well within the target range of 5 percent to 9 percent set by the central bank, which meets on Sept. 16 to decide interest rates.

Annual core inflation, which strips out volatile items such as food, slowed to 4.5 percent in August from 4.6 percent in July.

Naeem Brokerage said in a research note that it expected annual headline inflation to ease towards the end of the year due to a base-year effect and more stable food and commodity prices.

Inflation spiked in 2017 after the government launched economic reforms under a loan program with the International Monetary Fund (IMF), but has slowed sharply over the past four years.

Last year, annual headline inflation decelerated to around the lowest levels seen in 15 years, but it has risen each month since April, when it stood at 4.1 percent. It last reached 5.7 percent in November.

Analysts say the recent rise in inflation has eased pressure for a cut in key interest rates, which the central bank has held steady since November.

Egypt has some of the highest real interest rates in the world, which have helped to attract investment in treasuries but discouraged corporate borrowing. 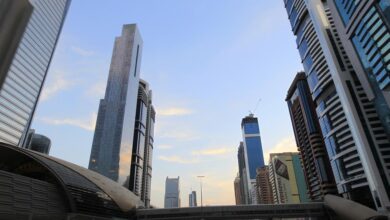