Egypt on Sunday unveiled ancient treasures found at the Saqqara archaeological site near Cairo, including sarcophagi over 3,000 years old, a discovery that “rewrites history,” according to famed Egyptologist Zahi Hawass.

Saqqara is a vast necropolis of the ancient Egyptian capital of Memphis, a UNESCO World Heritage Site home to more than a dozen pyramids, ancient monasteries, and animal burial sites.

A team headed by Hawass made the finds near the pyramid of King Teti, the first pharaoh of the Sixth Dynasty of the Old Kingdom.

More than 50 wooden sarcophagi dating to the New Kingdom (16th century BC to 11th century BC) were found in a burial shaft, Hawass told AFP on Sunday.

Hawass said his team had discovered a total of 22 shafts, including one containing a “soldier, with his battle axe resting beside him.” 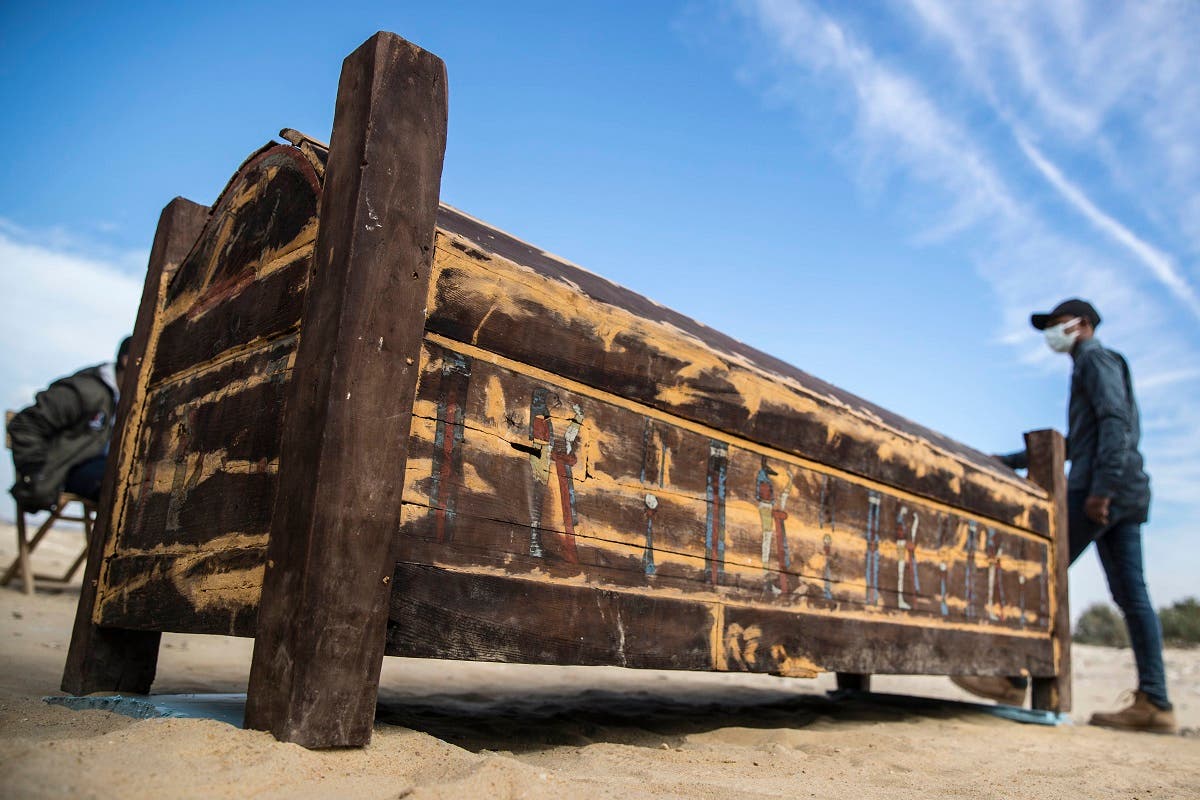 A stone sarcophagus was also found, he added, as well as “a papyrus around five meters long containing the 17th chapter of the book of the dead… masks, wooden boats, games the ancient Egyptians used to play.”

“It is a rare and new discovery because most of the artefacts we found are dated back to the New Kingdom, whereas in Saqqara, it’s usually more around 500 BC,” he added.

A number of objects were displayed to the press on Sunday, while excavations of the site are ongoing.

“Seventy percent (of the new area) is still to be explored,” he added.

Egypt’s tourism and antiquities ministry had announced Saturday “major discoveries” at Saqqara, where there has been a flurry of excavations in recent years.

The ministry said the team had also discovered the “funerary temple of Queen Nearit, the wife of King Teti.”

Do Blue Whales Change Their Tune Before Migrating?

A refugee camp grows on the US-Mexico border

Why is The Nobel Prize Losing Its Prestige?