JPMorgan said it had placed Egypt and Ukraine under review for inclusion in its widely tracked Government Bond Index Emerging Markets (GBI-EM) suite.

In the event of index inclusion, Egypt would have a weight of about 1.8% in GBI-EM Global Diversified, with 14 Egypt government bonds with a total notional value of $24 billion under review for eligibility, the bank said in a statement published on Thursday.

Ukraine’s weight could reach 0.12% in the GBI-EM Global Diversified if included, with one bond with a notional value of $1.5 billion under review for eligibility.

JPMorgan said it had placed the two countries on Index Watch Positive after steady improvement in liquidity and access to the onshore government bond markets for foreign investors.

The bank said it will provide an update on their possible inclusion in the next six months.

Indonesia, Mexico, Thailand, and Brazil were all expected to see the largest declines in their weightings if Egypt and Ukraine were included in the GBI-EM Global Diversified, the bank said.

Inclusion would also pave the way for Egypt and Ukraine to be added to the ESG GBI-EM benchmark, which applies an environmental, social, and governance scoring and screening methodology. 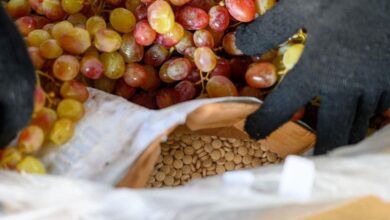