An Egyptian court on Monday sentenced to death 37 defendants, including one of the country’s most high-profile militants, following their conviction of terrorism-related charges.

The Cairo Criminal Court said the defendants were charged with belonging to a local affiliate of ISIS spearheading an insurgency in Egypt’s Sinai Peninsula.

Among those sentenced to death was Hesham Ashmawy. The militant leader is a former army officer and was captured in Libya late in 2018 by the Libyan National Army. A military court separately sentenced Ashmawy to death in November for his participation in scores of attacks on government targets.

Egypt has been fighting for years militants in the restive northern Sinai area and the vast Western Desert. 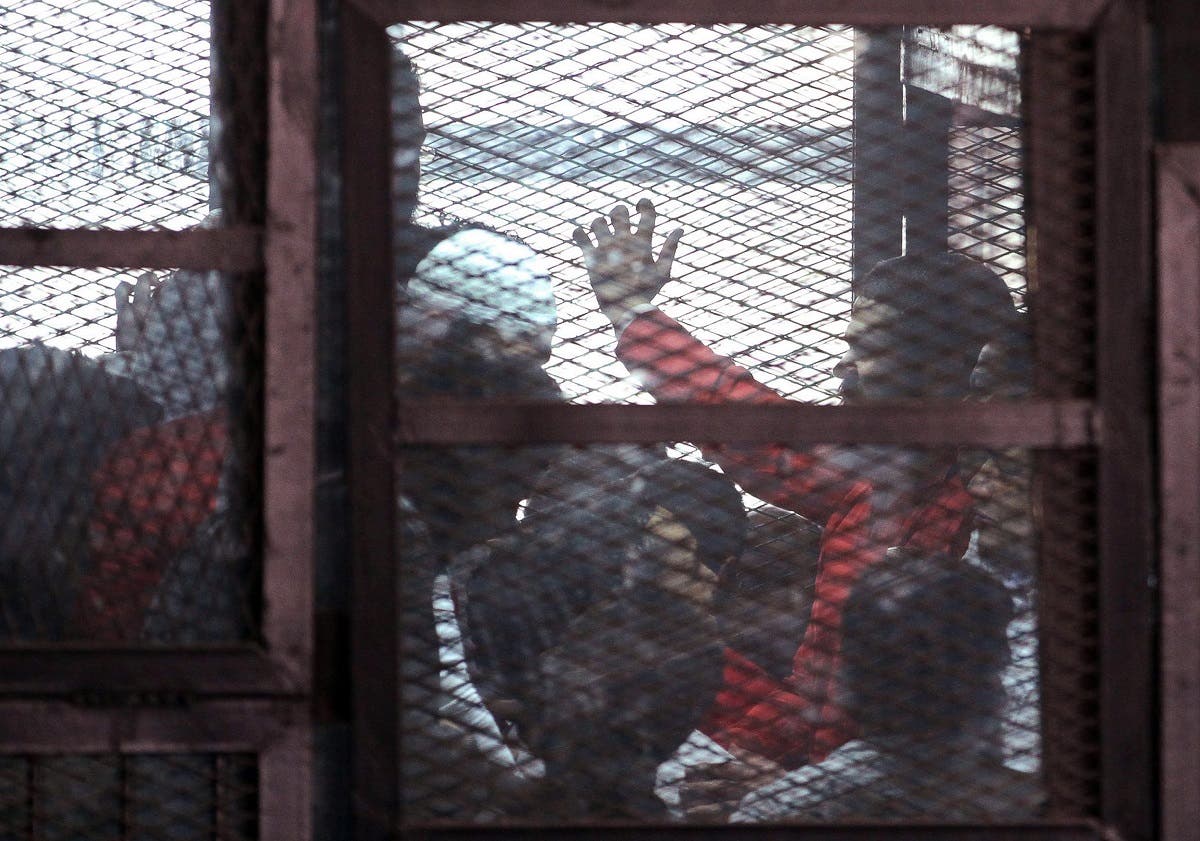 The accused are seen in a metal cage during a trial of 200 people charged with belonging to the Ansar Bait al-Maqdis group, in a court in Cairo March 5, 2015. (Reuters)

The men are among more than 200 defendants accused of carrying out more than 50 militant attacks that included killing high-ranking police officers and bombings that targeted the Egyptian capital’s police headquarters. The charges include a 2013 assassination attempt on the Egyptian interior minister.

The court also sentenced 61 defendants to life in prison, and 85 others got sentences ranging from 15 to 5 years in prison.

Monday’s verdict can be appealed before a higher court.

Egyptian authorities linked Ashmawy, who is in his 40s, to several major attacks, including devastating assaults on security forces near Egypt’s porous desert border with Libya.

Before he fled to Libya, Ashmawy helped found Ansar Beit al-Maqdis, an extremist organization based in northern Sinai. His military expertise — he left the Egyptian army in 2011 — transformed the tiny group into a well-organized guerrilla band that later inflicted painful blows on security forces in Sinai.

Beit al-Maqdis swore allegiance to ISIS in November 2014 and is now known as “Welayet Sinai,” or the province of Sinai.

Trump still banned from Facebook but board demands company review